See also  Lindsey Vonn sets an equality example by proposing to her boyfriend P.K. Subban
More
HomeTechnologyChina's Spacecraft Successfully Makes its Way Back to the Earth

China’s Spacecraft Successfully Makes its Way Back to the Earth 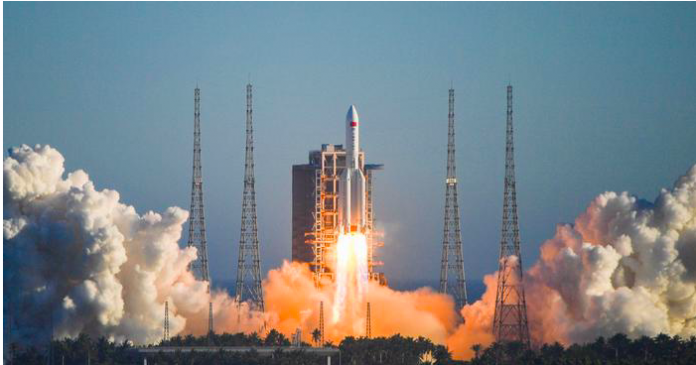 The new spacecraft which was made by China has made its way successfully on the earth now. This is a very big achievement for China as now a permanent space station can be run, and the desiring astronauts can be sent on the Moon.

Sources reveal that China is planning to make this spaceship so strong, that it will be one of the strongest spacecraft by 2022.  With such a safe landing of the spaceship on earth, the Country has managed to somehow reach the space capability of the other strong countries- the US and Russia.

Talking about the cabin structure, it was confirmed by the space agency of China that it’s a very strong and unharmed structure. Nothing can break this cabinet. It was launched this time with a new type of rocket from the launch site located on Hainan’s southern island.

The agency had confirmed that the spaceship has experimented in orbit for almost three days, and all the experiments were performed successfully. Earlier whatever models were developed by China could send only three members of the crew, but on this, the Country has improved this time, now the number of people has increased from three to six.

This discovery of a new spaceship and it’s success in landing is a very big boost for the Country.

When the spaceship successfully landed from a high orbit to low orbit, it showed the world that now China has the aim of sending astronauts beyond the earth, which is very difficult and till now has been achieved just by the NASA space agency.

Recently, the Country has spent a lot of resources on strengthening its space programs. Now, if the Country is already doing so much for their space programs to flourish, we must not forget now China will be one of the leading space countries.