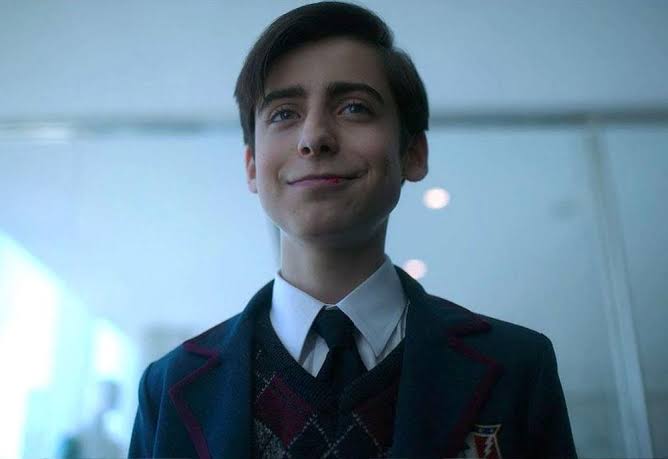 The teenager shows just how promising his acting chops are

Netflix is riding high with one of its originals, The Umbrella Academy as it introduced a whole new take on a world of superheroes. We got to see time travel, approaching doomsdays, alien patriarchs and a guy wearing a fishbowl as his head.

In season two, we got to see them travelling to the 1960s where Five, played by Aiden Gallagher, met a decades-old version of himself and caused a condition called the paradox psychosis. As the episode went on, we got to see Five behaving more and more erratic and slowly going insane, and in an interview, the actor himself spoke about how he made it look so intense.

The Umbrella Academy! Coming to a Silvertone Omega near you!

Gallagher spoke about how excited he was when he got the script and spoke about Five’s vile and vengeful impulses which he shows from time to time, after witnessing the apocalypse and working as an assassin to the commission, and then binding his DNA with some truly evil people. While he tries to control all that, every now and then, something happens to make the insanity take over. And one such thing is the paradox psychosis.

If you’ve seen the second season, you can see Five behaving like an addict desperately in need of a score. Five goes more and more crazy as he’s trying to stop his older self from associating with President Kennedy’s assassination.

Those who were seen dancing were thought to be insane by those who could not hear the music. My new single drops on Friday. Can you hear the music? What’s my new song called? What’s it about?

Gallagher said that his secret to acting through the psychosis induced state was to sprint to the point where he had to start and then they yelled action. He said it helped him bring that angst and bitterness to his face. This seems to be a genius idea, instead of downing a few cups of coffee.

The Umbrella Academy Season 3: Check out the release date, cast, plot and more details and a shocking fact could actually come up!
Kylie Jenner and Travis Scott are still in good terms after their breakup and are enjoying each other’s company!