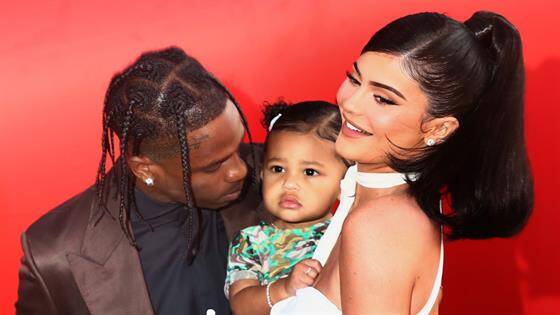 Their baby remains the priority and the relationship is on hold

A source close to the Kardashian-Jenner household says that Kylie Jenner and rapper Travis Scott has “pressed pause” on their relationship to take care of their daughter Stormi Webster and are perfectly comfortable of it being that way. The insider said, “Kylie and Travis are good. They aren’t together romantically and are doing their own thing.”

Parenting during the pandemic

Stormi, 2, is the one who is the reason the two are together most of the time. Jenner even shared a picture on her Instagram stories with Stormi and her ex. “They’re always in touch and spend time together with Stormi,” the insider shared to E! News.

The source added that despite the mutual respect they share for each other, their lives are mostly separate now, and they don’t live together. This comes after a source said in March that during the outbreak of COVID-19, they were staying together at Kylie’s Hollywood Hills home, which was purchased last April for $36 million. The source said at that time that neither of them were dating and we’re enjoying each other’s company while taking care of Stormi.

More of Kylie and Travis at the Met Gala #kyliejenner #travisscott

The two broke up in October last year, and during an interview with XXL, he spoke about fatherhood, saying, “Stormi is one of the best human beings I know. She’s like my best friend. She makes life a little bit easier. She just inspires me and she surprised me every day with how she’s thinking. It’s so crazy.” The rapper also added, “I love her mommy and I always will.”

In another news, the Kardashian-Jenner family announced that they will be ending their reality show Keeping Up with the Kardashians in 2021 after releasing season 20.

Aidan Gallagher from The Umbrella Academy has really amped up Five’s Paradox Psychosis and it looks super intense now!
Bella Hadid slays in every outfit and always looks glowing, right? These are her SKIN SECRETS you need to know right now.