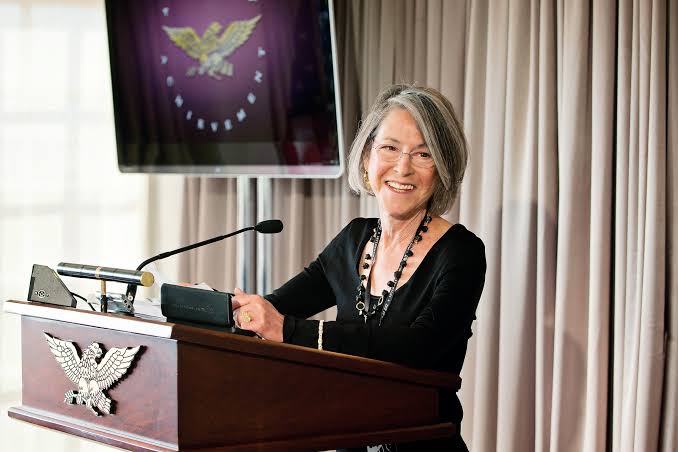 US poet Louise Glück becomes the proud recipient of the 2020 Nobel Prize for Literature. According to the Swedish academy that presides over the award, Louise was chosen for her “unmistakable poetic voice, that with austere beauty makes individual existence universal.”

They also added that Glück was surprised when she got the call. Mats Malm, the permanent secretary of the academy said that he had spoken to her a but before announcing that she had won the award.

Louise was born in New York on 1943, and currently stays at Massachusetts. Aside from being a poet, she is also an English professor at Yale University.

Glück had previously won the Pulitzer Prize in 1993 for her collection called “The Wild Iris” and won the National Book Award in 2014. She had also won the 2001 Bollingen Prize for Poetry, the Wallace Stevens Award in 2008, and a National Humanities Medal in 2015. She also worked as the editor of The Best American Poetry 1993.

The themes of her poems are usually on the painful realities about being human, and has written on topics such as death, childhood, and family life.

Her muses are usually characters from Greek mythology such as Persephone and Eurydice, who are characters who had faced betrayal. The Academy had termed her 2006 collection Averno as a masterly collection, and called it a visionary interpretation of Persephone’s mythical descent to hell when she was captured by Hades, the god of death.