Health authorities in Singapore recalled some Metformin supplies after they found out a small amount of NDMA in it. As they reported, the traces of NDMA are above the internationally acceptable level.

NDMA or N-nitrosodimethylamine is carcinogenic that has previously caused blood pressure and heartburn medications. Metformin is widely prescribed for treating high blood glucose with type-2 diabetes.

NDMA stands for N-Nitrosodimethylamine which is created by various industrial processes including the production of rocket fuel, pesticide use and the use of chlorine, from which it has leached into water supplies. 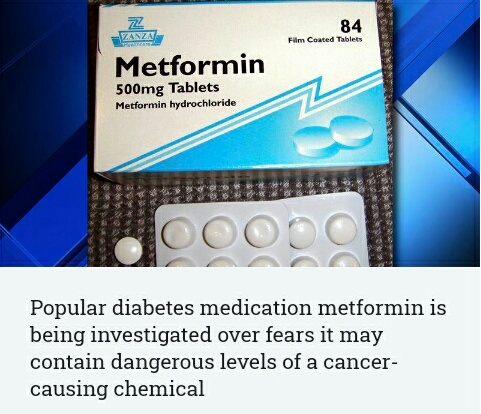 NDMA can be toxic to some enzymes in the body and to DNA, which may lead to cancer-causing mutations. It doesn’t degrade or break down, naturally in the environment or our bodies and is found commonly in low quantities in many foods such as cured or smoked meats, fish and beer as well as tobacco smoke.

Studies show that in animals, the chemical causes colorectal, kidney, stomach and kidney cancers at high exposures. But in humans, only large amounts of the chemical could raise the risk of cancer, not cause it directly.

According to the US Food and Drug Administration, 96 nanograms is an ‘acceptable daily intake limit’.

As reported by the FDA,  those who are prescribed to Metformin should continue taking it as it will be dangerous for them to stop taking it without consulting health experts.

Previous article
Good News!!! Liam Payne Believes One Direction will Reunite After Two Years!
Next article
Netflix’s one of the most wanted Series, “Locke & Key” is all set to get added in the Original Series in Februrary 2020. Get all the details here!