Texas based granddaughter made her grandfather’s day by winning World Series tickets! 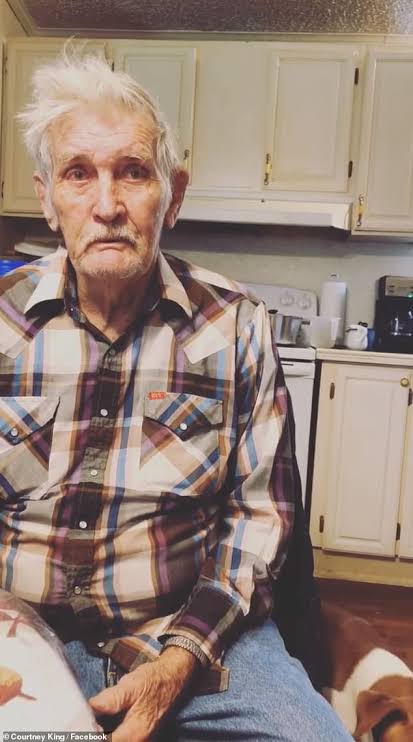 In this era the generation gap has become a major issue. But there are still some people who could melt away the distance with their sweet gestures. This is what happened when a Texas woman surprised her grandfather. 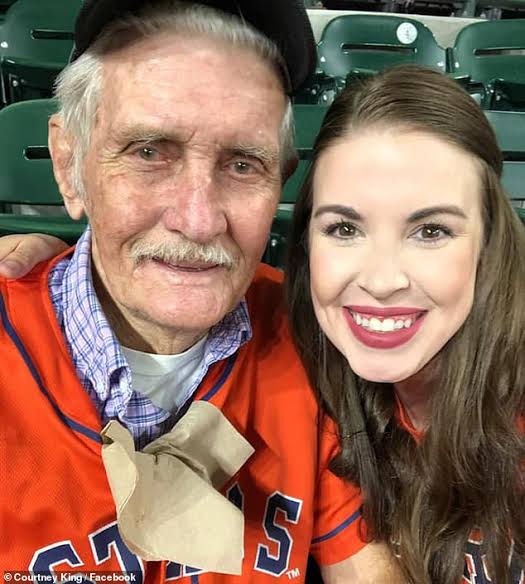 Courtney King,31 made her grandfather’s unimaginable dream come true. She took him to a baseball game!

The 31-year-old filed for a giveaway by Summer’s Abbey Flooring Center. It is famous for putting World Series tickets for Wednesday’s game as a prize.

The criteria included liking the page, tagging few friends. Specifically, explaining the reason why you deserved to win the tickets.

Courtney shared her reason to win. That is, next month her grandfather was turning 88. And she wanted him to have such a special birthday. And also share it with him.

Further, she wrote that her grandfather is the biggest fan of Astros that she knows. She wants the ensuing experience to be memorable for him. Also, she would feel grateful and blessed to share such a gift with him.

Moreover, at the age of 87, every moment counts. So she strives to make it monumental. King wants to give a special experience to her grandfather. She also shares that his face would be impressive when he received the Crawford box seat.

Additionally, King works in a hospice. There she meets vulnerable people who have the family to count on. So she understands the importance of providing joy to the elders.

Though Courtney still got the chance to record her grandfather’s reaction. As Summer’s Abbey Flooring Center declared her the winner on Wednesday morning.

Jack King is a retired Welder. Jack King at the age of 87 doesn’t venture out much. His time is spent in front of the TV watching the games and with Courtney’s Grandmother, Maw Maw.

She shared the video where she hands the elderly a plastic-wrapped World Series ball cap. She asked him if he knows what it means. The elder king examined the cap while his granddaughter revealed that she won the ticket for the World Championship. 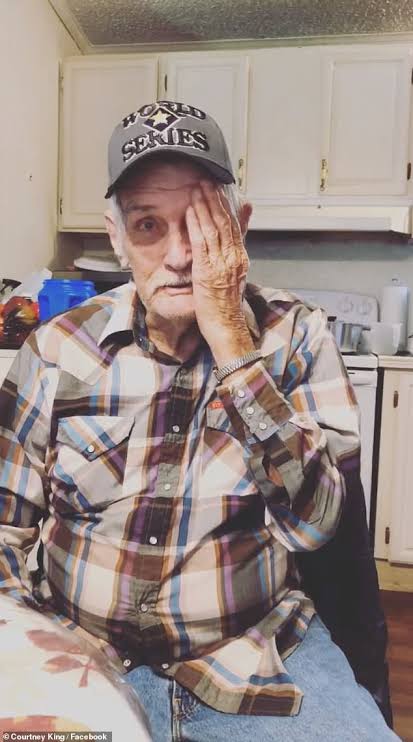 Also, she expressed her desire for him to go to the game with her. Obviously, Jack King said yes. Also, he joked that he would ask Maw Maw for permission to watch the game.

Courtney King shared that she is blessed to have provided such a gift to her grandfather. Clearly, she admires the elderly as evident from her caption. The caption further details that Jack is a good man, consistent, sacrificial and filled with abundant love.

Courtney further shared that Jack would be travelling to Houston for the first time in 45 years. Further, that he was the eldest attendee in the Crawford box.

Though Astros lost 12 to three the joy in the faces of the duo was not dimmed.

Previous article
Eminem was questioned by Secret Service for his song ‘Framed’! Was that even needed??
Next article
Katy Perry is rocking a scarlet bikini on her 35th birthday and we are getting tropical vibes all over!