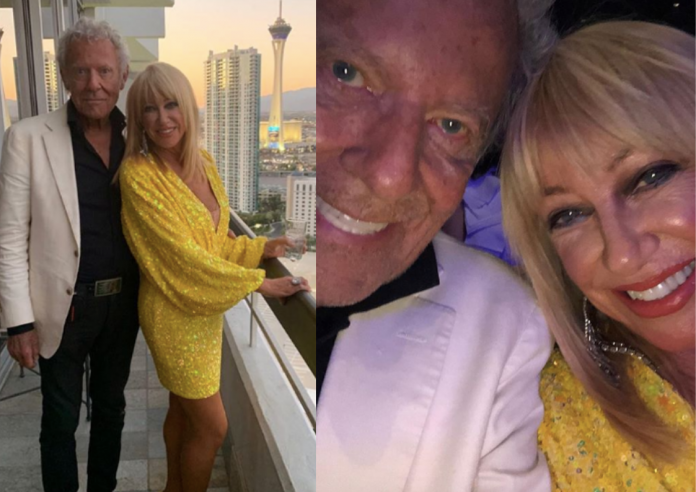 Survivor of Breast Cancer in 2000, Suzanne Somers turned 73 this month and feeling young as ever as she can.

In her recent interview, Suzzane not only opened up about her husband Alan Hamel, and how their sexual-life thrives even now at this age but also about what stimulates their sexual desire in their golden-age.

She revealed even at the age of 73, she and her husband,83, make love twice a day and she always remained in the ‘mood’, and longing for it. She claimed that the couple takes PT-141 shots to boost their sexual desire. PT-141 is the treatment for low sexual desires that too without any side-effects and makes no changes in the medical and emotional behavior of a person.

Me and my beautiful talented extraordinary daughter Leslie #chipofftheoldblock

Talking about the medication, she said, she finds it interesting as it could be used by both men and women. “Wow, what a great thing. Because men have had Viagra, but this is actually a shot for both men and women that are not a drug.” She also explained that it keeps her ‘in the mood‘ without using any drug. They take the shot once a week, after that it becomes harder for them to leave each other in the bed.

Married in 1977, almost for 43 years, Alan Hamel is not the first choice of the actress, she was earlier married to Bruce Somers but their marriage ended as soon as it started and lasted for only 3 years. Alan Hamel came as Suzzane’s ‘the one‘ and their bond and love get strong by passing time.