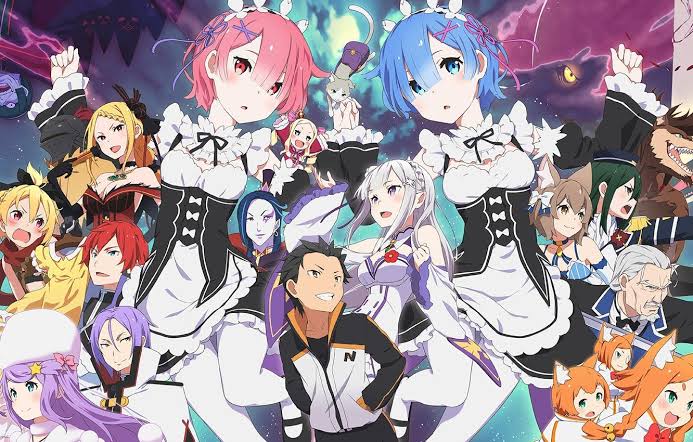 The anime which was supposed to air on April, has now been pushed further

Re:Zero‘s second season joins the long list of animes that had to be pushed back due to the ongoing coronavirus pandemic that has been plaguing the world. Japan is one of the countries that had been badly affected by the virus, and being ground zero for the anime industry, it had to delay the release and production of many ongoing projects. We will discuss further about Re:Zero season two, which has been titled as Re:Zero – Starting Life in Another World.

How far has it been pushed?

The show was making a comeback after four long years, and fans were all getting excited for it. If reports are to be believed, season two will now start airing in July 2020. But if the virus situation continues to show no signs of stopping, it’s only going to get further delayed.

China and Korea, the other major hubs for anime production have also shut down all activities until further notice.

Aside from that, the release dates for the opening and ending song CDs of Re:Zero season 2 will also be delayed. The opening song ‘Realize’ by Konomi Suzuki was supposed to release on 13 May but has now been pushed to 26 August. The Ending theme called ‘Memento’ will be released on September 2.

The story is about Subaru Natsuki, a shut-in that who only cared about playing games, but one day he somehow gets teleported to another world while returning home from the convenience store. He knew that someone had to have summoned him but couldn’t find that person. Soon he meets some new companions and sets off to save this world from forces of evil.

A Little Late, but Worth the Wait: Baki’s Third Season will be Premiering on Netflix very Soon
Not Dating,” Tom Holland Said it Loud and Clear, Shutting Down all Dating Rumours with Zendaya