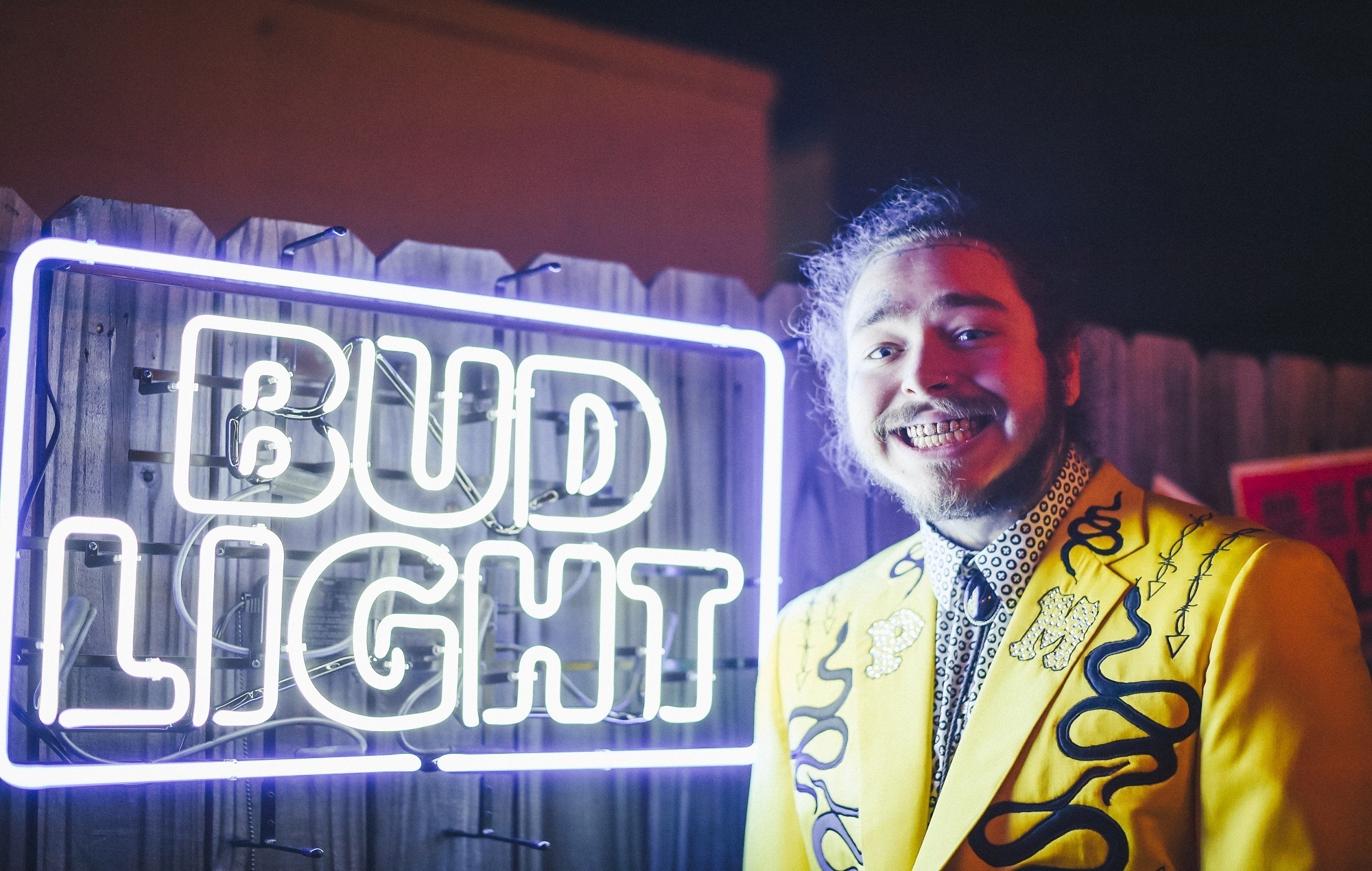 A whole new range of merchandise is being launched by the multi-talented star Austin Richard Post, also known as, Post Malone in association with Bud Light.

Austin Richard Post has renamed himself for professional purposes and has adopted the name Post Malone. The American singer, songwriter, record producer, and rapper has marked his position in the industry by blending several genres of music. Malone came into the limelight back in 2015 with the release of his debut single ‘White Iverson.’ This song got on the list of ‘Us Billboard Hot 100’ and secured a position in the top 20.

Bud Light, or Budweiser Light, is a light beer flagship of Budweiser which contained 4.4% ABV and 110 calories per 355 mL bottle. Some of the available flavors of it are Bud Light Apple, Bud Light Lime, etc..

The entire range of limited edition merchandise is to be made available nationwide from 5th of August, 2019 Monday. The products will be available on the official Post Malone online shop. The price range of the merchants is from 10$ to 250$. From crop t-shirts to work jackets, one would find everything on the site. The products will have Malone’s favorite things featured on them along with parts of the history of the beer brand’s music-related experiences.

According to an interview to Complex, Post said that he is happy to increase his bond with the beer brand and to collaborate with Bud Light and launch a merchandise collection with them. He adds that giving fans something that marks a ‘good-ass time’ is really heartwarming.

For two days, starting from 5th of August, 2019, Monday, a pop-up store will open to mark the launch of the collection. The store will be at 80 Crosby Street, New York.