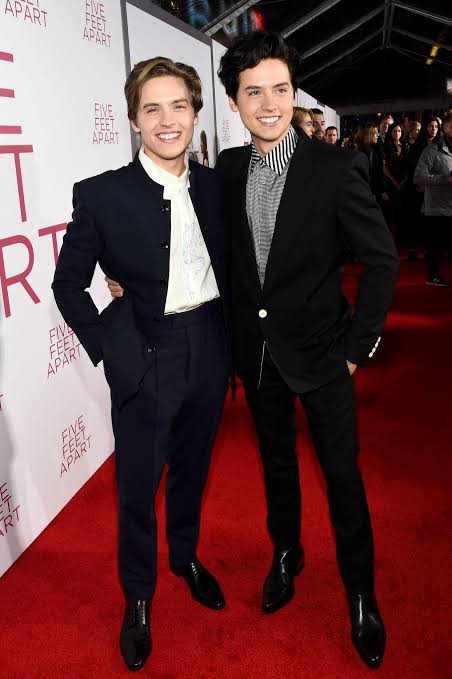 The leads of the Disney Channel’s famous series ‘The Suite Life of Zack and Cody, stepped into their 25th year on 4th of August, 2019.

Cole Mitchell Sprouse and Dylan Thomas Sprouse, played Zack and Cody respectively, in the mentioned television series. The Sprouse Brothers got their big break in 1999 in a theatrical film. Later on, they featured in many American sitcoms. The television series of ‘The Suite Life of Zack and Cody’ which was on the air from 2005 to 2008 brought them great success and media exposure. The got named as the ‘heartthrobs’ and ‘overwhelming draws’ by the teens. In 2007, the Sprouse Brothers were the wealthiest children alive.

According to the expectations of their fans, Cole and Dylan must have shared some pictures of their childhood or they must have put up some bro-loving messages on social media to mark their special day. But to everyone’s disappointment, the stars took 4th of August to be like any other day of the year and did what they usually do on social platforms: troll each other the most!

Amidst this, one of the wishes that struck the attention of the media and people all around is that of Cole’s girlfriend, Lili Reinhart. The couple was reported to have broken up during the prompt of the season 4 of ‘Riverdale,’ the television series inspired from ‘Archie Comic,’ which was held at San Diego. According to the sources, both the stars insisted upon separate interviews regarding the television series. However, the posts uploaded by Lili on Cole’s birthday where she captioned one of the photos, “Happy Birthday baby!“. In another one, she wrote a poem for the birthday boy.

I tried to find a poem that I could send to you. Because my words were failing me. But I searched and found nothing that did you justice. All of these love poems can’t get it right. No one else’s words could ever fit. They haven’t known the fortune it is to love you. -sappy nighttime birthday poem for @colesprouse

Lili’s uploads spiced up the media and made everyone rethink over the rumors of her and Cole’s breakup.

Heidi Klum and Tom Kaulitz tie the solemn bond of love for the second time in secrecy in Italy.
Why did Blink-182 Postponed El Paso Show? Postponed or Canceled??
Comment