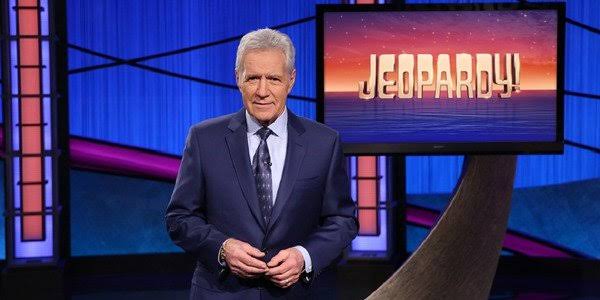 It may not seem like a long time to most, but it has actually been one year since Jeopardy! host Alex Trebek shared that he had been diagnosed with stage 4 pancreatic cancer. For anyone who had been diagnosed with this cancer, they know that chances of survival are always pretty slim, especially when it’s stage four. But Trebek showed no signs of stopping and continued being the host of Jeopardy! despite his illness. On March, he shared an update of his condition as it was the first anniversary since his public reveal.

He didn’t speak about what’s in store for him, but how it has been so far and how much he had endured that one year. Trebek, known for his honest nature, spoke about the highs and lows of the whole ordeal.

First he said that the one year survival rate for stage 4 pancreatic cancer patients was 18% and that he was happy to belong to that 18%. Then he spoke about his journey and that he will be lying if he said it had been easy. There were both good and bad days. He even joked to his friends that he will die from the chemo instead of the actual cancer. He shared that there were painful moments when certain bodily functions couldn’t be performed as intended, as well as attacks of depression were he questioned if it would really be worth it to fight against it.

While it was hard for fans to stomach, we must appreciate his honesty. If one’s not honest when they’ve hit rock bottom, it’s doing others a disservice. Alex said that he was able to overcome those negative thoughts as well.

GoT Fame Actress Emilia Clarke Spotted with a New Man, and She is Keeping him a Mystery for Us
Riverdale: The Season 5 of the Youth Drama will be Delayed or Can We Expect it Early? Find Out Below.