See also  When is Amy Roloff getting married? Her hard-not-to-notice, diamond ring tells that she is engaged. Rumor or truth? Find out!
More
HomeEntertainmentJennifer Lawrence is hitting the gym before her nuptials! But still manages...

Jennifer Lawrence is hitting the gym before her nuptials! But still manages to make a style statement in Playboy bunny hoodie!!

Jennifer Lawrence has always dazzled people with her style. The mesmerizing beauty is a fashion icon. And again, she has proved it. This time, the mantra was simple and cool. 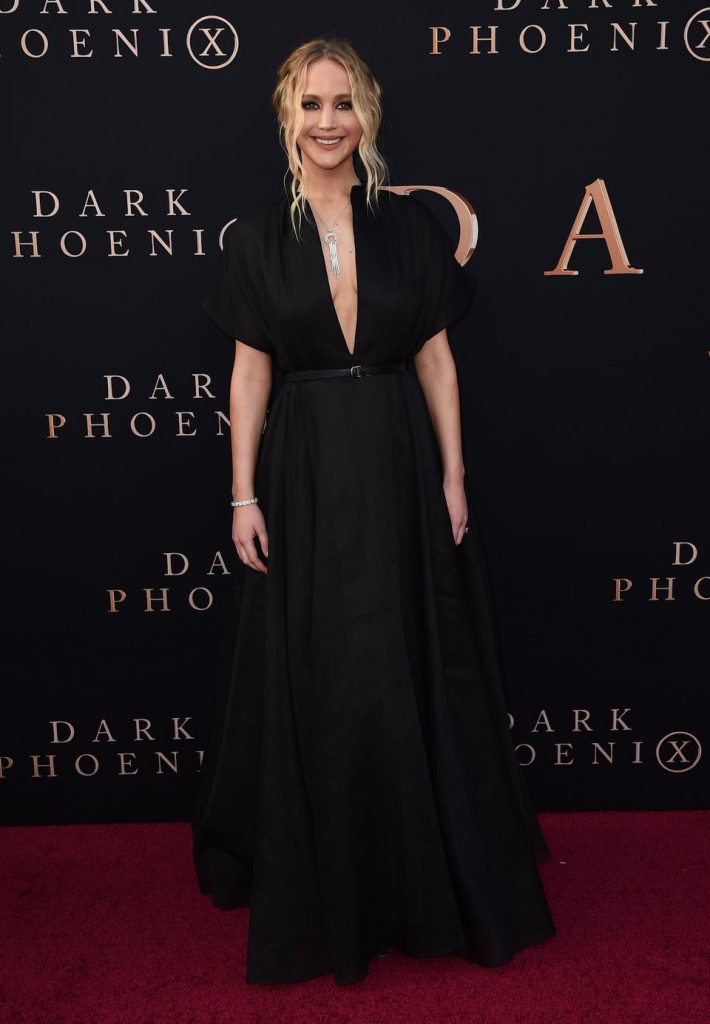 The Oscar-winning actress is sure to take care of her physique. Moreover, due to her upcoming nuptials. Gotta fit in that gorgeous wedding dress! However, whatever she wears, she looks bewitching.

This time she was spotted getting out of a gym in NYC. Though the 29-year-old attracted the attention with her outfit. Thus, she is seen in a bright yellow hoodie.

The Oscar-winning actress was wearing a yellow hoodie with twisted Playboy bunny. The actress again made a statement with her unique choice. Also, the bunny skull design was created by Richard Prince in1991.

See also  When is Amy Roloff getting married? Her hard-not-to-notice, diamond ring tells that she is engaged. Rumor or truth? Find out! 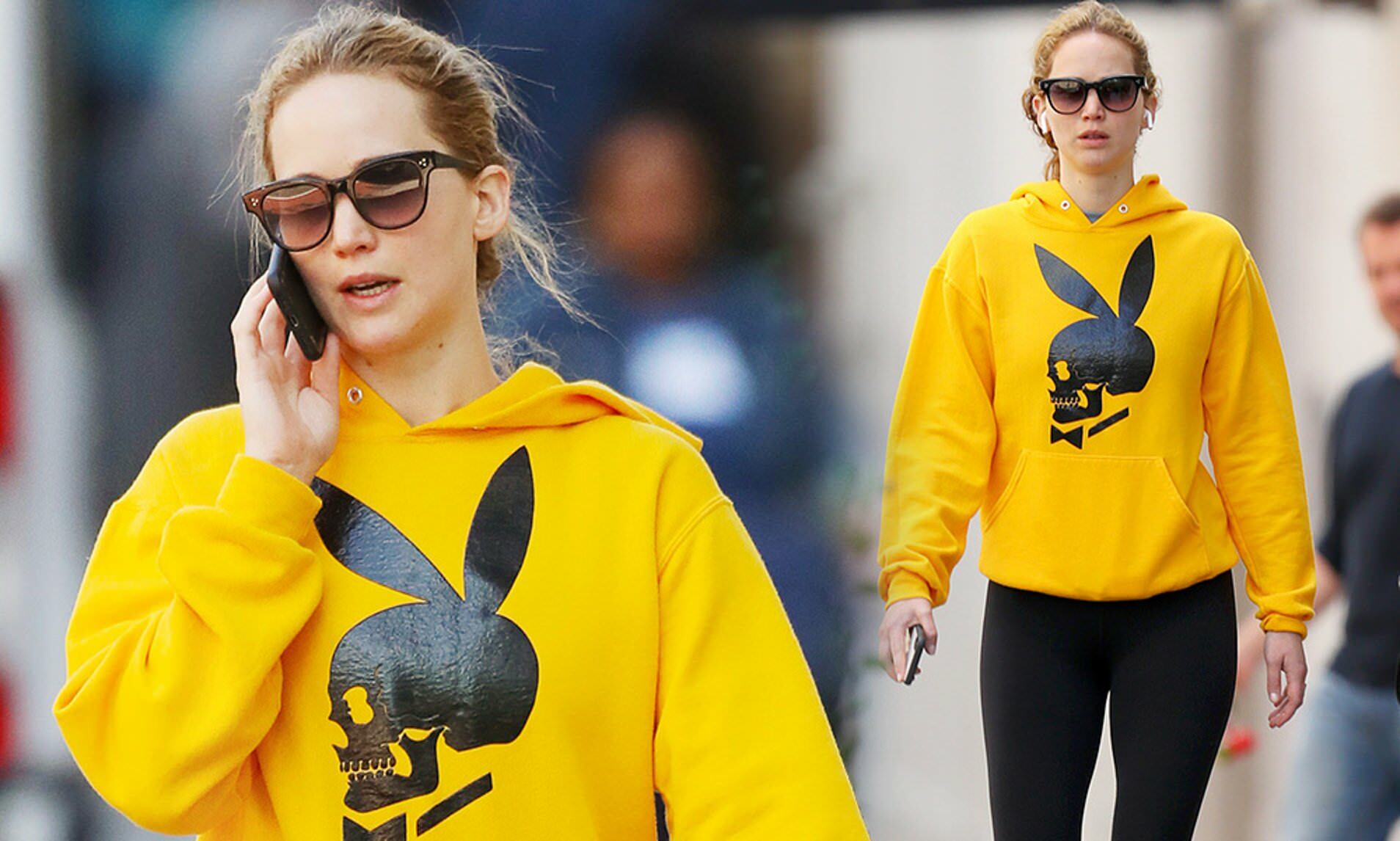 The Academy award winner paired the sweatshirt with skintight black leggings. Furthermore, her black sneakers and dark sneakers gave her a casual look. Importantly, she was talking on the phone. It could be her beau, but it is left to speculation.

Indeed, she is getting married to her fiancè, Cooke Maroney. They were in a relationship of eight months. And got engaged in February this year. 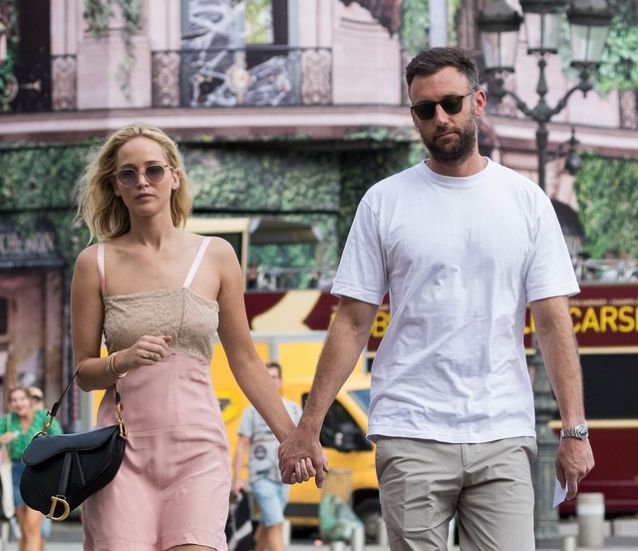 Also, the 33-year-old art dealer and JLaw were spotted in a courthouse recently. Thus, speculations regarding their wedding as they picked up their marriage license.

Jennifer Lawrence has shared in an interview that the wedding preparations take a lot of your time and energy.  But, we hope to get to shoot their wedding. Still, seeing that Lawrence has kept her private life out of media’s eyes, the chances are slim. 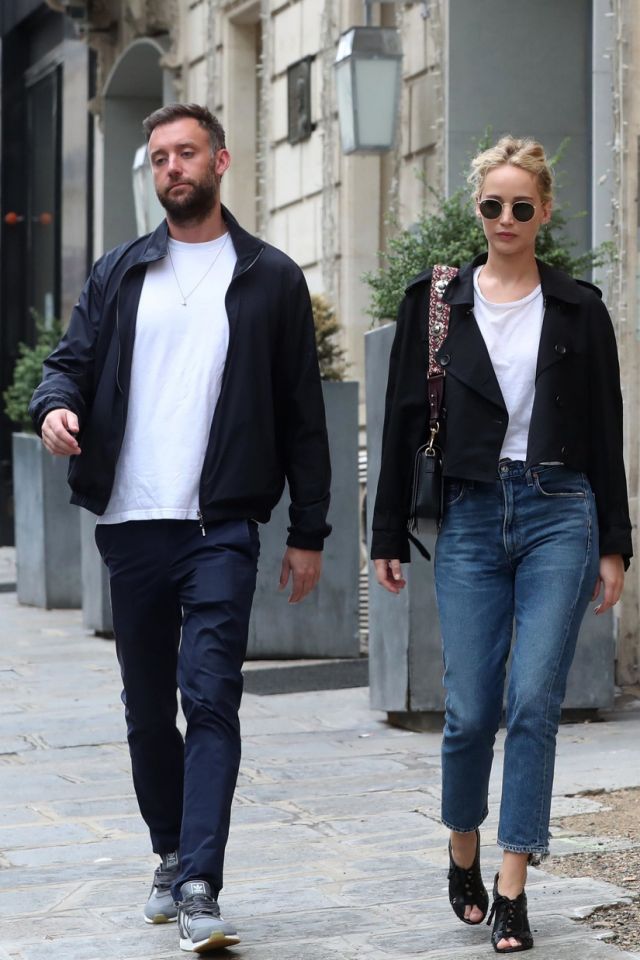 However, the couple has not revealed any set date. But, the X-MEN actress shared a lavish Amazon gift registry with her fiancè. The list includes coffee makers, bike,s, and other things. It looks like she is excited to tie the knot.

We wish the couple good luck to enter their marital bliss.