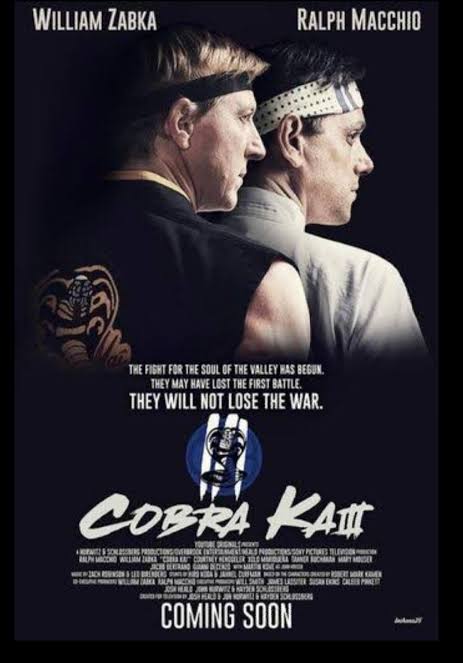 The YouTube series, which has now been picked up by Netflix will be returning for its third outing

Cobra Kai didn’t expect to make a big splash like it did when season 1 released. It was a fine blend of nostalgia with the modern world and it’s fighting techniques, along with bringing in new characters to carry the story forward.

What happened so far?

Cobra Kai is the infamous dojo of Johnny Lawrence, the biggest rival of Daniel Larusso, winner of the All Valley Karate Tournament held in 1984. Thirty four years after the tournament, he reopens his dojo, but certain events causes him to come across Daniel, who is now a successful martial artist.

The show has brought in some new talent such as Xolo Naridueña who plays Miguel, Johnny’s prize pupil, Tanner Buchanan who plays Johnny’s estranged son Robby, and Mary Mouser, who plays Daniel’s daughter Samantha. Robby, aside from becoming Daniel’s student, also started living with him and dating Sam. A love triangle forms between the three youngsters as Sam used to date Miguel in the past. Miguel won the All-Valley Karate Championship in season 1’s finale, but Johnny didn’t have time to celebrate as his old sensei John Kreese (Martin Move) made a surprise re entry into his life.

In season 2, Daniel opened his own dojo, Miyagi-Do, for preventing Cobra Kai from spreading its influence over the San Fernando Valley. Things didn’t go well later as both dojos suffer some serious tragedies and Johnny’s career hit rock bottom. Things aren’t looking good for Daniel either.

After season 2, the series was picked up by Netflix and they have planned to release the third season on January 8, 2021 so that viewers get time to catch up on the other two seasons.

Country Ever After: With Season 1 Arriving Shortly, Discussions for Season 2 are Already on? Read More to Know More
The Boss Baby: Back In Business Season 4 is Releasing much Sooner than Expected with Intersting Storyline! Details Inside