Chrissy Teigen showed her love, for husband John Legend. They just celebrated their sixth wedding anniversary. She shared a picture of her with John, in the caption she wished him a happy anniversary. In the post, shared by the 33-year-old, she could be seen wearing a white-colored blazer and boots. John was seen wearing a black sweater and black goggles. 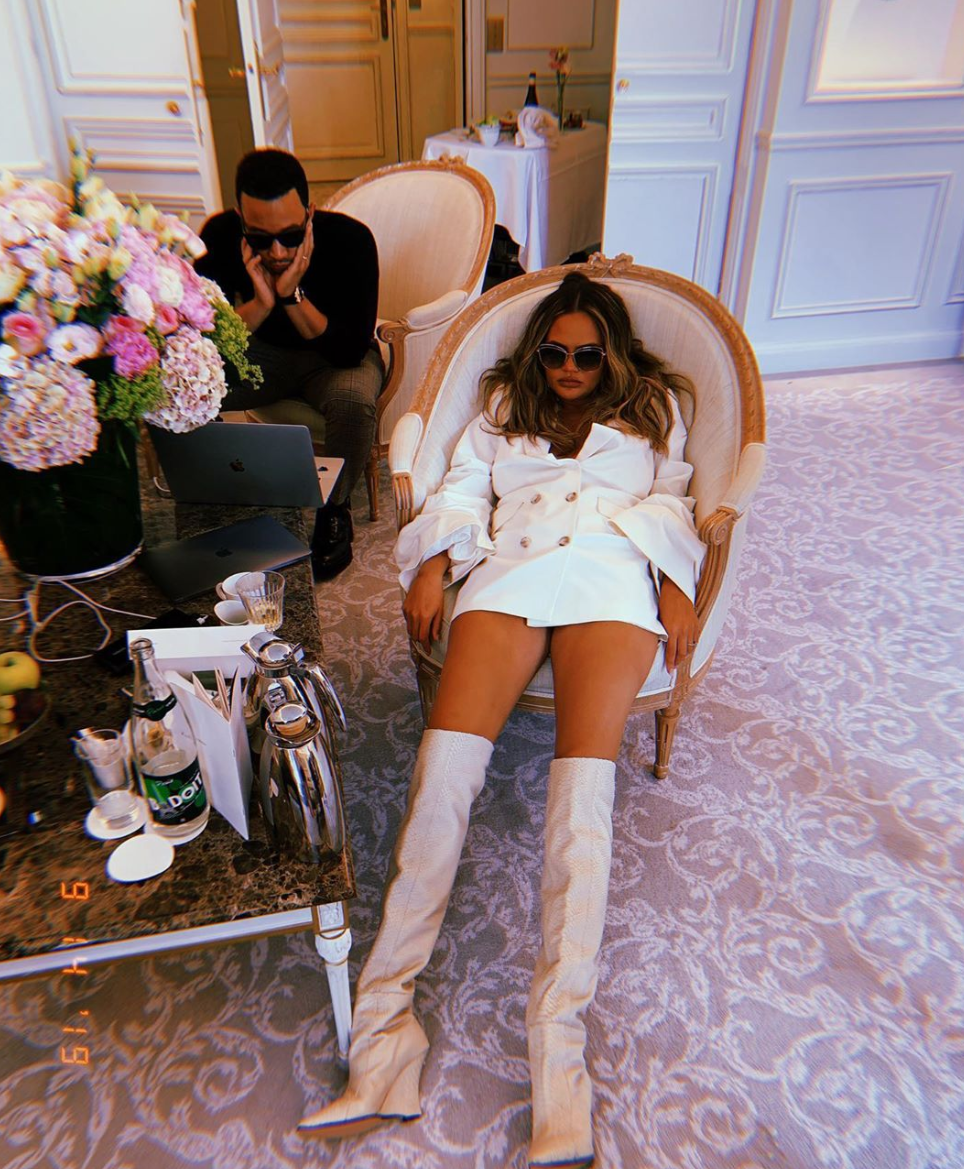 Chrissy has deviated from the usual trend. Couples generally share a cheesy photograph but Chrissy is different. With a laid back attitude, she looks as if John has upset her but it’s just her way of showing her love. Her friends and fans could not resist commenting on her post. Everyone appreciated Chrissy’s casual look. She shared a photograph of her Paris trip with John. They had a great evening together.
She also shared a short clip from Paris. He shared one more photograph, in which she could be seen on the red carpet with John. The pair tied the knot in 2013 and have two kids, Miles and Luna.

Chrissy is an American model and television personality. She is also an author. She has set a perfect example of a loving and long-lasting relationship. They have been together since 2007. Chrissy could be seen around flowers, in the clip shared by her. Those would have been given to her by John.
Love is still brewing between them. Their relationship is still flourishing. The two are still passionate about each other. Their posts have invaded social networking sites and have wished them many more decades of togetherness. They are an adorable couple, and a source of inspiration for many. The two have developed a balance between their love life and professional life as well.