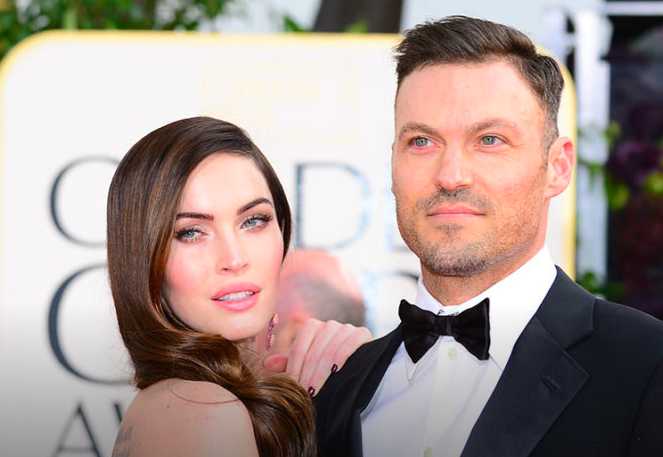 Brian Austin Green and Megan fox, who are together now and in a deep love for more than a decade now, are giving hints that they might break up.  They meet for the first time when he was invited as a guest to her show, hope & faith. She is 12 years younger than him. They are together since 2004 and got married in 2010, after which in 2015, Meghan didn’t want to stay with him anymore and filed for divorce but however, it did not happen as she was expecting a child at that time.

Recent sources reveal that they do not want to stay together anymore, especially it was revealed by Brian Austin green himself. He is not really seen active on social media, but this time he made a very strong statement, which might be true.

The sources were confirmed when Brian Austin green posted on his Instagram account on  Meghan’s birthday, a picture of a butterfly with a caption. Everyone took it for their relationship as it was her birthday.

The caption said how butterflies Get bored when they are sitting on a single flower for more than they require; it is a huge world, and butterflies want to experience every flower they can.  Here he means to say that Meghan is the butterfly who has been changing and wanting to explore the world.

He feels Megan is bored of him now, and they cannot have a future ahead anymore.

Another major hint that points out that they are on the verge of falling apart is that presently Megan is not seen with Brian Austin but hanging out with another guy, Machine gun Kelly, whom she calls just her friend but does not seem like.

These signs are just enough to clear that they might have decided to break up, especially Megan.