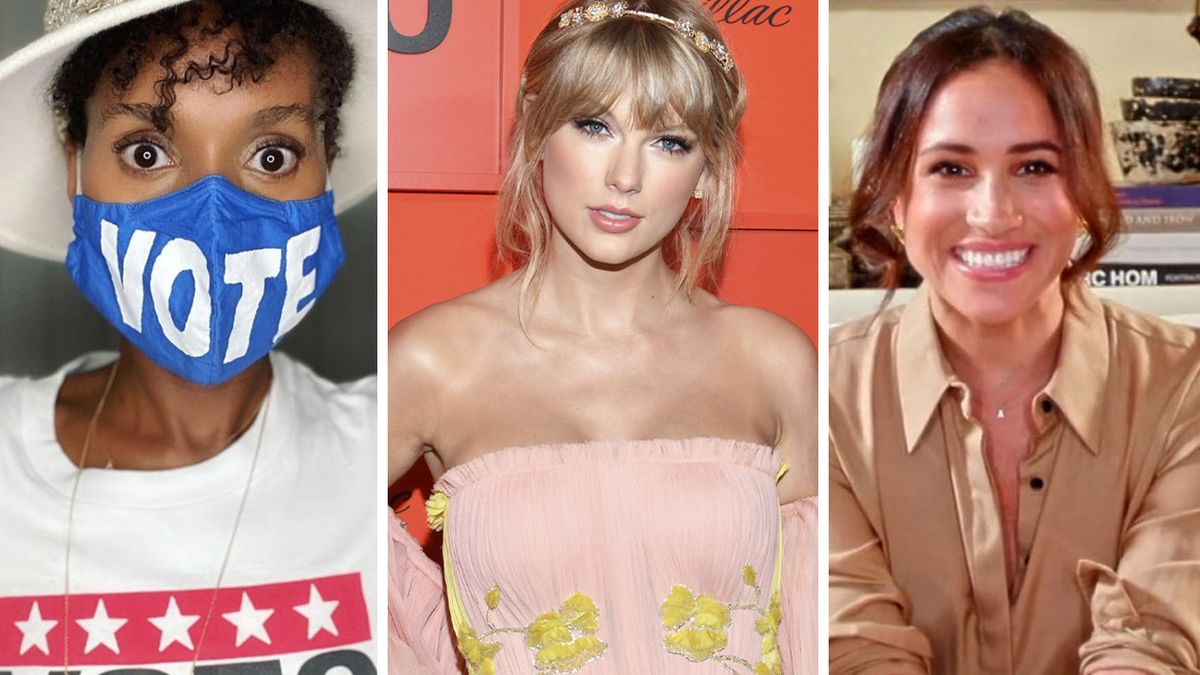 This election has felt somehow more urgent and panic-filled than before. Perhaps it’s due to the state of our world due to the ongoing coronavirus pandemic. Just like the citizens, the celebrities are also using their platform and influence for everyone to get out and vote.

Some of the celebrities who have been very vocal about the elections are Jennifer Aniston, Ryan Reynolds, Gigi Hadid, Ariana Grande – to name a few. Others like Katy Perry have also shown their big “I voted” sticker.

Let’s start off with Kanye West. The Yeezus rapper is extra special since he’s also a candidate for the elections. While including someone who has exhibited erratic behaviour on multiple occasions, he’s still here, like a young boy playing video games with a dummy controller. Kanye has also voted for himself, which is no surprise. His wife Kim Kardashian has also shown her “I voted” picture, but we can’t guarantee if she voted for her man.

Jennifer Lopez shared her picture as well. JLo will be on Joe Biden and Kamala Harris’s side for the election. Chrissy Teigen and John Legend has also been publicly backing Biden and even came during a rally. Dwayne “The Rock” Johnson has also spoke about voting even though he hasn’t made it clear who he will be voting for.

Rapper Lil Pump will be voting for Trump, and even appeared during his rally. Looks like he still stuck by Trump even though the latter called him “Lil Pimp.”

Other singers like Selena Gomez, Lizzo, Cardi B, and Camilla Cabello has also been active regarding the elections.

YOU: Joe Goldberg is Set to Return Back as Season 3 of the Psychological Thriller went into Production
US Elections: Biden is Currently Leading but Trump is Assured of his Big Win – Find out Latest Updates Below