Karrueche Tran and Victor Cruz Are Going Strong Despite Chris Brown Drama! Check it out. 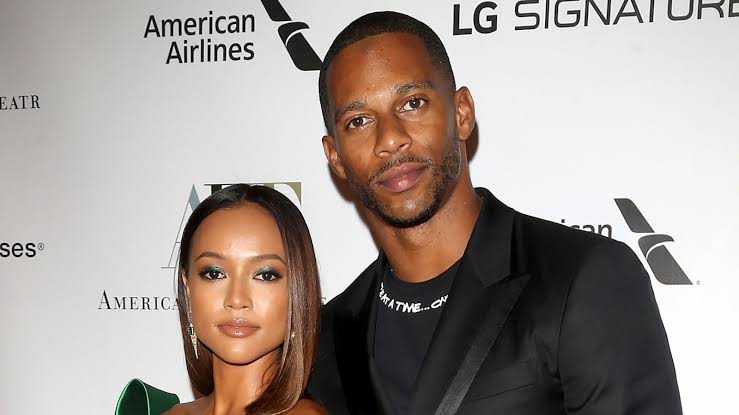 The couple has shown that they have moved on Brown

Victor Cruz, former NFL star and Karrueche Tran’s current boyfriend showed that he’s not affected by his girlfriend’s ex Chris Brown’s negative comments on social media. “Negativity doesn’t phase me at all”, he stated in an interview with US Weekly last year.

Chris once commented on Cruz’s fashion sense in a bunch of Instagram comments asking for Tran to “upgrade” her “man.” He went out of his way to explain that he’s not spreading any hate, but that he just wanted him to improve his fashion. Brown even offered to take him around to “style” him. In one comment, he said, “No shade boo,, BUT PLEASE STYLE HIM. He look like he shopping of the manikin and trying to bargain wit the sales manager. Retired wrestler pants.” The comments have since been deleted.

Later, the Turn Up The Music singer hopped onto his Instagram story and said that the comments weren’t made by him but by someone using his name. He told whoever it was that did this to “stop creating unnecessary drama.”

Brown and Tran dated on and off from 2010 to 2015, and split for good in March 2015, after knowing that Brown had a daughter with his ex Nia Guzman. He’s currently expecting a child with another ex Ammika Harris.

Tran and Cruz’s relationship went public in December 2017. The couple are going great and Tran is also doing well after being with someone like Brown who jumps from controversy to controversy. Cruz said that they understood each other perfectly and that she’s everything he was looking for in a woman.

The couple are currently quarantining in different states as work keeps them away.

Previous article
What was the real reason behind Angelina Jolie and Brad Pitt’s 400 million divorce? Check it out.
Next article
Tupac Shakur’s Mother feels that Tupac Shakur totally changed after being beaten by the police! Check out for more details.