Harry Styles got a new makeover while in Italy and looks totally different with his moustache. Check it out. 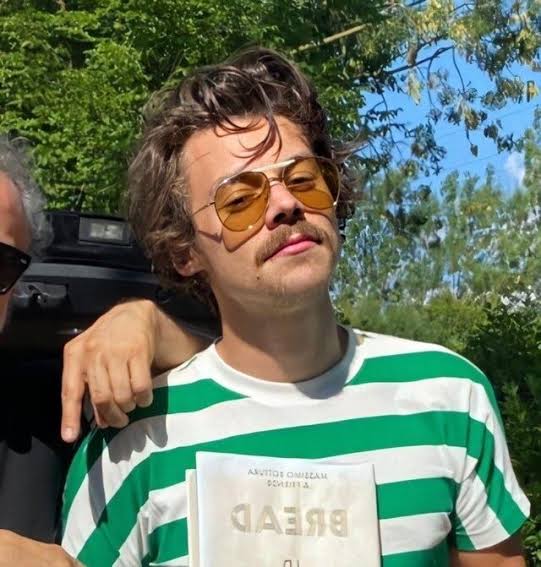 Recently, Harry Styles was photographed in Modena, Italy, by the Villa Manodori, and soon, everyone got to see his new facial hair.

Villa Manodori, which is a dealer in olive oil and balsamic vinegar, shared the 26-year-old Watermelon Sugar hitmaker’s photo on their official Instagram. Styles can be seen wearing a pair of straight-legged jeans, a green and white striped t-shirt, yellow tinted sunglasses, and a pretty cool mustache. They also gave him a bottle of balsamic vinegar.

Making good use of these strange times

Chef Massimo Bottura also shared a photo with a Styles on his Instagram and said that the singer had made a “pit stop” at the Osteria Francescana restaurant, while he was travelling through the region.

In March, Styles talked about how he was spending his quarantine days, while he made an appearance on BBC radio 1Xtra Residency and said that he had been learning Italian, and doing some sign language classes as well.  The singer said that he had been quarantining with some friends, and said that the times are strange, but they’re being careful and spend their time hearing music, playing games, and doing some face masks.

Harry joins the list of singers who had to cancel their tour dates for this year due to the global pandemic. He said that he was excited to bring Love On Tour to his fans in North America, but due to the threat of COVID-19, it has been set for next year.

Styles first tweeted about wanting a mustache back in 2011, but he didn’t want anything cool; he wanted one similar to Mario, the Italian plumber in the video games by Nintendo.

Previous article
Brad Womack got a new makeover and looks totally different from this reality TV days! Check it out.
Next article
Is Colin Jost not sure about getting married to Scarlett Johansson? Is he rethinking the entire wedding plans?