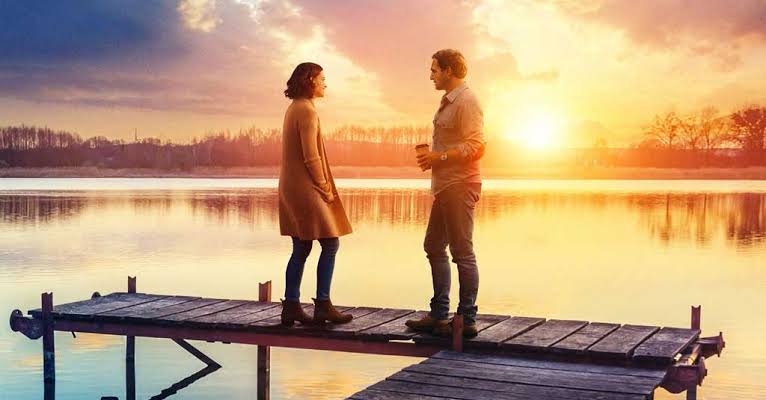 The Secret by Rhonda Byrne is probably one of the most famous self-help books out there, and it was only natural for it to get it’s movie adaptation. The movie is an American drama, and is directed by Andy Tennant, starring Katie Holmes and Josh Lucas in the lead.

The main motive behind the movie and book is to spread the truth that you can manifest exactly what you want from your life, which is something that many needs to hear.

The Secret: Date To Dream is a story based on the core principles of the Law of Attraction. We see Holmes as Miranda Wells, a grieving widow with three children, and we see her life changing for the better after encountering Lucas’s character, a mysterious handyman named Bray Johnson during a storm.

Within a short while, they grow close and Miranda gets to hear Bray’s unique perspective on life, which is go create our own reality. He helps her tune into the universe and respond to it. The purpose was to work with the universe and find happiness once again. The movie presents the Law of Attraction principles as clearly and precisely as Rhonda Byrne did in her book. There is also an additional twist that comes when Miranda discovers a link between Bray and her own past.

The movie was set to be released in 2018, but got delayed due to insufficient funds. But on September 2018, Joe Gelchion, Matthew George and Robert Katz stepped in as producers to complete the film. Rhonda Byrne was involved in the scriptwriting process and also became an executive producer in the movie.

The Btitish-Pakistani Artist Riz Ahmed Speaks about his Inspiration Irrfan Khan Whom he Calls “One of the Greatest”
Sia Gets Into A Fierce Twitter Battle In Support Of Her Upcoming Feature Film ‘Music’ Amidst Severe Allegation Of Misrepresentation!