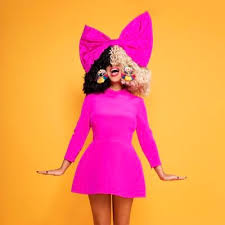 It seems like a singing sensation Sia has a new surprise in the form of a brand new feature film starring Academy Award nominee Kate Hudson and a new face in a heartfelt movie Music!

Sia’s Upcoming Movie, Music Is Facing Backlash From Many On Twitter!

While the trailer resurfaces just a few days ago, it has already created controversy and Sia is not holding back! She got herself into a fierce Twitter battle against some activist who is claiming that the film is all about misrepresentation for the autistic community. Here’s the short teaser of the movie that is going to release on February, 2021.

Jordana Golbourn has backlashed the upcoming movie stating that it was not right on Sia’s part to allow an able-bodied & neurotypical to represent the disabled community. It has been seen as incredibly offensive as is the infantilization of the character.

Music, the album, drops February 12th, 2021 and includes Hey Boy, Together, Courage to Change, and Saved My Life. Pre-order it now https://t.co/8JaCOLKDp2

The Cheap Thrills Hitmaker Jumped In The Film’s Defense And Made Things Clear Amidst Severe Backlash!

After this severe allegation, Sia soon jumped in and defended the movie saying that she cast Maddie for the role as she earlier tried working with a beautiful young girl non-verbal on the spectrum. However, she found it unpleasant and stressful. The Cheap Thrills hitmaker further justified the casting by adding that casting someone at the character’s level of functioning was cruel, and not the right thing to do. The singer has tweeted something in response to these allegations.

Grrrrrrrrrr. Fuckity fuck why don’t you watch my film before you judge it? FURY.

The film is starring Sia’s longtime collaborator, Maddie Ziegler as an ardent music lover and will be lovingly representing the community. After a few displayed anger towards the trailer, Sia pointed out that she had incorporated the input of autistic people and their advocates throughout the process.

The Secret Movie: Dare to Dream – The Acclaimed Self-Help Book by Rhonda Byrne Now Adapted into a Movie
The “reel” life hero Jason Momoa turns out to be a “real” life hero after video calling his little fan who is battling with cancer. o