More
HomeTop TrendingMatching Tattooe: Sophie Turner and Joe Jonas in the memory of their...

Matching Tattooe: Sophie Turner and Joe Jonas in the memory of their beloved, died in tragic car accident! 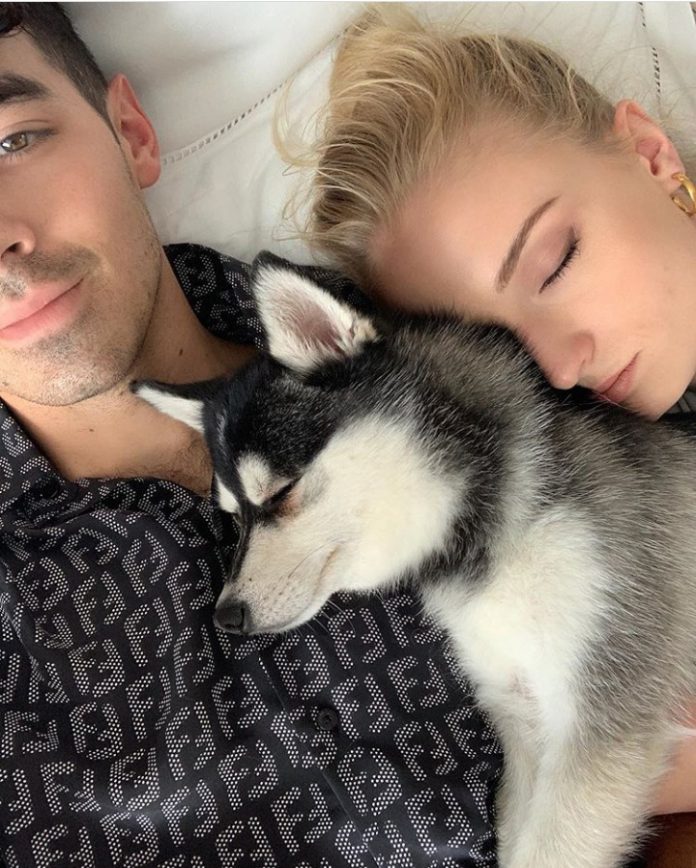 The celebrity couple Joe Jonas and Sophie Turner, who got married this year in Las Vegas and France, are mourning over the loss of their beloved pet, Waldo Picasso Jonas. The Alaskan Klee Kai pup was introduced to fans by Sophie on her Instagram on April 2018 in a post captioned “Welcome to the family @waldopicassojonas.” Waldo was the couple’s second pet and brother of their other dog Porky Basquiat.

As per TMZ, Waldo was out on his daily stroll with his dog walker on streets of Manhattan at the time of incident when the dog broke free from his leash after being frightened by a pedestrian, and got tragically hit by a moving car while running on the streets on Wednesday, and died in an accident. It is described as a ‘freak accident,’ by Jonas’s rep. Joe and Sophie who are still reeling from the loss reportedly reported the incident two days later on Friday to New York Police department.

Waldo and Porky formed integral parts of the couple’s family, as can be seen through various pictures that the couple has uploaded of them. The beloved pooches were said to be present at the wedding of the couple as well and had worn custom made tuxedos, too. They had made an appearance with Jonas in People’s ‘Sexiest Man Alive’ November 2018 issue. Waldo had his own Instagram account and was quite popular amongst the people with whooping 45.7K followers on his page.

Fans from across the globe have expressed their condolences for the couple on their social media accounts, and also on Waldo’s Instagram page. Joe and Sophie are yet to comment on this devastating loss. Our prayers are with the couple at this hour of grief.

In the remembrance of Waldo Picassom, the couple got it inked: