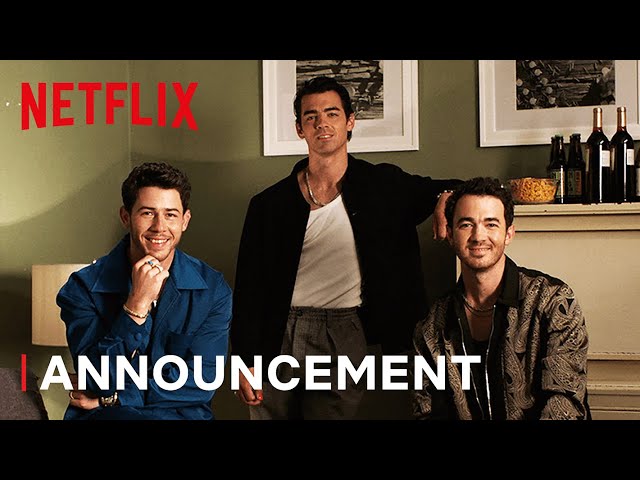 With all the Netflix specials coming to Netflix, Jonas Brothers too, are joining the line. Jonas Brothers will come to Netflix with their new Family Roast. The exclusive family roast will be for one hour which will feature Joe Jonas, Nick Jonas, and Kevin Jonas. All three brothers will be in a way like you have never seen them before.   On Monday, Netflix revealed a short first clip featuring Nick, Kevin, and Joe introducing their upcoming comedy special, as they gave us a sneak peek as to what to expect from it.

On 25th October, in a press release, it was announced that audience will get to see the multi-platinum global superstar singers in a way never seen before. They will be a part of songs, sketches, games, and of course, getting roasted by guests. The special event will premiere on November 23rd. The trio introduced the clip by saying that Jonas Brothers Family Roast is one kind that celebrates the universal truth that no one can mess with and get under your skin quite like your family.

The special event will also have guest appearances from John Legend, Lilly Singh, Niall Horan, Pete Davidson, Jack Whitehall, Gabriel ‘Fluffy’ Iglesias, and many more. It will be hosted by Saturday Night Live’s alum Kenan Thompson. This event has got fans all excited. The clip also features Joe Jonas saying ‘roasted’ multiple times which also proved to be a funny jab at roasting.

The Jonas Brothers will also serve as executive producers. Along with them, production company Fulwell 73’s Gabe Turner and Emma Conway. James Longman will be the showrunner and Lauren Greenberg will be the head writer. Watch out Jonas Brothers are going to get roasted!

See also  Is season 3 of Cobra Kai coming anytime soon? Check out the release date, cast, plot, trailer and every small detail you want to know.

Oppenheimer gets bigger! The Buzz around Christopher Nolan's new biopic is strong. With his new movie as a biopic, Oppenheimer announced by Universal Pictures, days later it found its lead in Cillian Murphy. Cillian Murphy is all set to play...
Celebrity

Kanye West is under fire again Looks like Kanye West is in the news again and this time, not for the right reasons. The rapper came under a lot of fire when he hosted his Sunday Church Service. He invited...
Crime

Alberto ‘Alpo’ Martinez, the Infamous Drug Dealer, and the Inspiration Behind ‘Paid in Full’, Murdered!

Albetro 'Alpo' Martinez shot dead Alberto ‘Alpo’ Martinez has been shot. The infamous drug dealer who was in prison for murder and he was in witness protection custody has been murdered by Sunday. He was a 55-year-old former drug kingpin,...
EntertainmentTop TrendingWorldCelebrityShow & Movie SeriesHollywoodTv Show