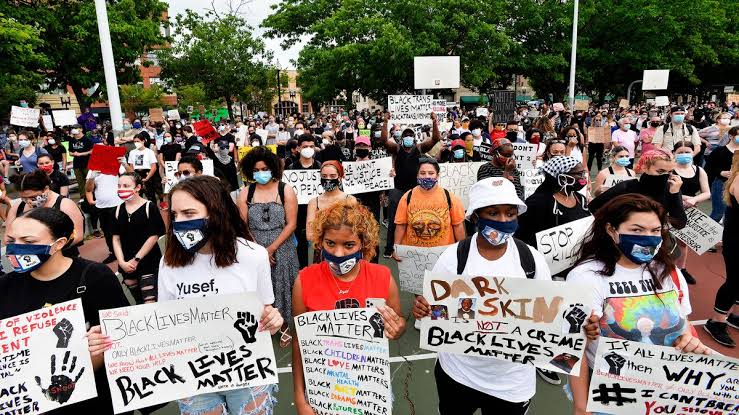 This marks as the sixth night where riots and other mass demonstrations have been plaguing the United States, as protestors face off against the very people who had sworn to uphold the law. Everything started following the death of a black man George Floyd by a white police officer in Minneapolis on Memorial Day.

Protests began in a peaceful manner in the Twin Cities and soon gained momentum and spread to the rest of the metropolitan areas in the United States. But it soon turned violent when the police intervened and started clashing with the protesters. Even the National Guard was summoned.

Over the weekend, almost 4,100 people have been arrested across the country. About five people have been killed in acts of violence over the past few days, in public shootings. People are trying to loot shops and many have gotten away with it, but some have been shot by the shop owners.

President Trump was taken to an underground bunker on Friday night as protesters gathered around the White House. Curfews are being implemented in many cities as protests have been developing into riots at night.

Meanwhile, journalists have been bearing the brunt of police brutality as many have been arrested, shot at with rubber bullets, and had tear gas thrown at them amidst the protests. Despite wearing their tags and saying that they were just covering the news, police are showing no mercy.

Also, these incidents have been causing concerns for the coronavirus, which is still far from over. Minneapolis demonstrators had held hands without wearing gloves and in Last Vegas, they had shown up without masks.

Sherlock Vs. Sherlock – Who had a Better Take on the Character: Robert Downey Jr. or Benedict Cumberbatch?
What Effects do Cannabis and CBD Oil Have on COVID-19