Attack on Titan Season 4 Part 2 Official Trailer is Out, and the Explosive End is Near

Who is ready to witness the Rumbling?

The story so far

The series has a penchant for surprising twists and the unimaginable happening, but things just took a bigger turn in season 4, part 1 when Eren Yeager launched an attack on the nation of Marley, located across the sea from his home nation of Eldia. By the end of season 3, Eren and the rest of the soldiers had learnt about the cruel treatment that was dealt to them by Marley and the titan programs, where they injected Eldian citizens with a special fluid and turned them into titans. Eren’s own world was turned upside down when the Colossal and Armored titan attacked his hometown and caused his mother to get eaten.

In season 4, Eren attacks Marley and causes the death of many citizens and also manages to get the powers of the Warhammer titan. The season ended with Marley ready to launch a ground and arial attack on Eldia with Eren at the epicenter. 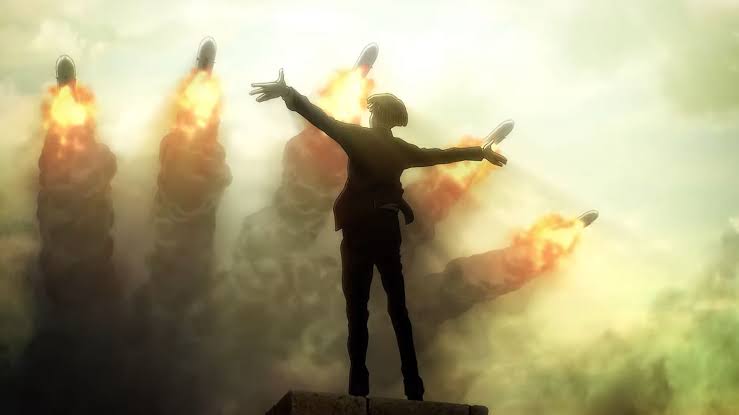 FunimationImagine all the battles that have happened so far, and raise the difficulty by ten. Season 4 part 2 of Attack of Titan will conclude the story of the titans and will be the scout legion’s biggest battle yet. In the trailer, we see Eren and Reiner having a deathbattle, with glimpses of characters like Mikasa, Armin, Levi, Hange, Zeke, Annie Leonhardt, and the mysterious Ymir Fritz. We also see Eren and Zeke joining hands to start an apocalyptic event called the Rumbling.

The final season of Attack on Titan will premiere on January 9. Check out the trailer below:

Previous article
Doctor Strange in the Multiverse of Madness Trailer is Out, Shows ‘What If…?’ Connections
Next article
Warner Bros. Announces that Michael Keaton Will Return as the Batman Following ‘The Flash’