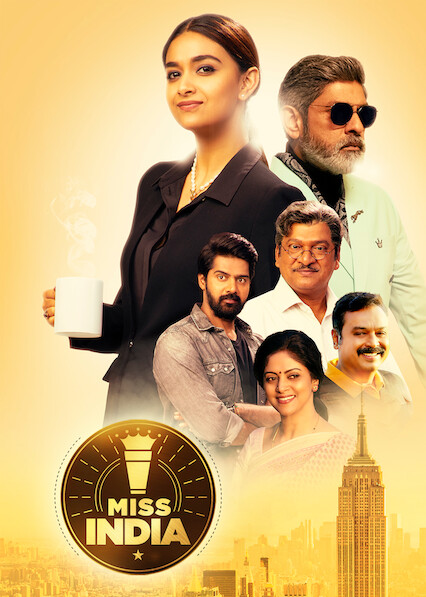 Keerthy Suresh is a very talented actress who has carved her own spot in the Malayalam, Tamil, and Telugu film industries. One of her best roles is in Mahanathi (if you haven’t seen it yet, now would be the time) but she wasn’t enough to save this movie from being a disaster.

We see Keerthy as Manasa Samyuktha, a determined young lady who knows she has what it takes to be a successful business person. But of course, family becomes the first antagonists as they say good girls are given education just to let the groom’s party know that she is capable of reading and writing. No good girl steps out of this ring and goes to chase her dreams. Nothing we haven’t already seen.

Fast forward, and we see Manasa (who loves tea by the way) with an MBA degree which she got from a college in San Francisco. Now she wants to share her love for tea among the coffee-loving Americans and starts her venture. But nothing goes smoothly as she keeps clashing into men who either wants her business to fail or wants her heart. Of course she says no to everyone and everything.

Her biggest competition turns out to be Kailash Shiva Kumar (Babu), a coffee chain owner. He comes up with one dumb scheme after the next for her to fail but no, she passes them all and shows him how wrong he was.

The reason for this movie to be so dull is mainly because of how predictable it is. While the women-can-achieve-anything theme has been going on, now is the time to innovate on it instead of making a basic story.

Fans cannot get Enough of Noah Centineo and Lana Candor’s Adorable Friendship and their Real Life Goofiness with Each Other!
The Whole NXIVM Scandal has Come Up with More Disturbing and Shocking Facts