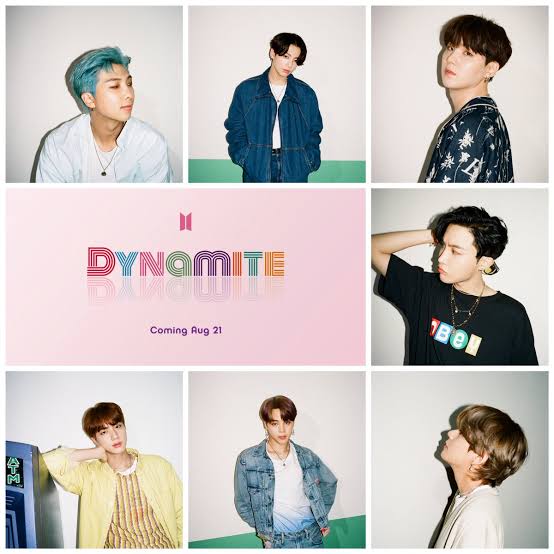 “Dynamite” is a song recorded by South Korean boy band BTS, and was produced and released by Big Hit Entertainment and Sony Music Entertainment on August 21, 2020. This song is a new step in their career as it was fully recorded in English. The lyrics were penned by David Stewart and Jessica Agombar. Stewart also produced it.

Releasing during the pandemic

The song is an upbeat disco-pop number and contains bits of funk, soul, and bubblegum pop. It’s filled with rhythmic handclaps, accompanied with synths, horns, and resembles a song from the ’70s. It was released smack in the middle of the pandemic to put the listeners in a better mood, as the lyrics are about joy and appreciating the little things that add value to our lives. The song became an instant hit and music critics loved it’s catchiness and retro feel that came from it.

“Dynamite” became number one on the Billboard Hot 100, and became BTS’s first number-one single in the United States and made them the first all-South Korean band to reach the top 100. Within the first week, there were 265,000 downloads, making it the song with the biggest pure sales after Taylor Swift’s “Look What You Made Me Do” in 2017. It didn’t leave the first position of the Billboard Charts for three whole weeks.

“Dynamite” got 7.778 million streams on Spotify on its first day, making it the biggest opening day numbers for a song in 2020. It was in top ten position in 25 countries, and was at the top of the charts in Hungary, Israel, Lithuania, Malaysia, Scotland, Singapore, and South Korea. Additionally, BTS held many televised live performances to promote the song.

In a Breakthrough Move, Scientists Discovered New Species of Duckbilled Dinosaurs that Crossed Treacherous Ocean to Reach Africa
Johnny Depp will No Longer be a Part of Fantastic Beasts Franchise, the Actor Informed in an Instagram Post