Kevin Jonas shares how his younger daughter was not happy with sharing her Uncle Nick with Priyanka Chopra! Check it out. 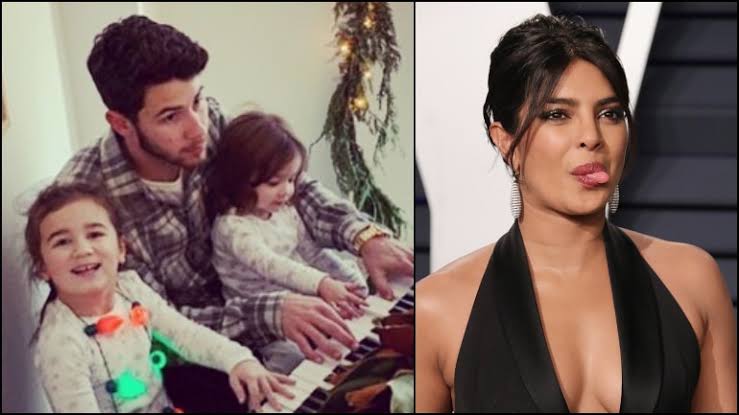 In a fun interview, Kevin Jonas talked about his daughter Valentina’s territorial behaviour regarding her uncle

Priyanka Chopra and Nick Jonas’ romance and huge wedding was one of the most talked about events in 2018. The couple were found out to be dating in May 2018, and in August, they announced their decision to get married. And sure enough, in December, they had a grand wedding at Jodhpur Palace, where we got to see both Indian and international media personalities.

And just like many kf Nick’s fans, his niece Valentina had trouble getting along with his uncle’s soon to be wife.

Kevin Jonas shares this when the Jonas Brothers were guests in James Corden’s The Late Late Show for promoting their new single ‘Sucker’. Corden asked Kevin how his daughter’s are behaving with the new family members, referring to both Chopra and Joe’s then fiance, actress Sophie Turner.

Kevin then started telling how Valentina took time to warm up to Priyanka as she is very close to Nick. He spoke about the day they first met, and how each time Priyanka tried holding her, she would push it off. This later became an ongoing joke in the family, but Kevin wasn’t sure Priyanka loved it, but he assured that everyone’s getting along well now.

See also  New Romance enters Brian Austin Green's life... however not much time has passed since Megan Fox filed for divorce. Is Moving On that EASY??

In their new video, the Jonas brothers will be with their partners, who are dubbed as the J Sisters. Joe shared that he was going to get married in the summer and went into the details. Be said that they were going to have a flag rugby game and a flag football game at the wedding, and joked that if the groomsmen show up with black eyes and Brocken noses, he’s going to be very proud.