See also  Elvis Presley's grandson Benjamin Keough passes away at 27 and mother Lisa Marie Presley is absolutely heartbroken!
More
HomeCelebrityHere is a list of everyone Kristen Stewart has ever dated till...

Here is a list of everyone Kristen Stewart has ever dated till now! What is the next movie she’s working on? 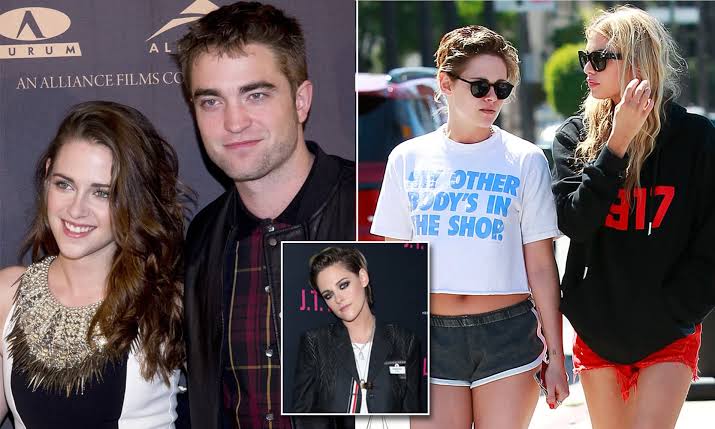 Kristen Stewart is one of the celebrities with a long dating record. Check out who they were

Kristen Stewart is an actress who became known worldwide after playing the role of Bella Swan in the Twilight franchise. She is also a known LGBTQ+ idol and is currently with screenwriter, whom she had been dating since July last year. But who all were she with before? Read on.

The two met when she was 15 and he was 17 while working on the movie Speak. They dated from 2004 to 2009 when she started gaining popularity from her Twilight role.

Probably one of the most talked about couples during that time, the two dated from 2009 to 2013. Their dating life lasted throughout the course of their movies and ended rather badly.

It was alleged that Stewart cheated on Pattinson with her Snow White and the Huntsman Rupert Sanders. This impacted his marriage with actress and model Liberty Ross, and she filed for divorce soon after.

Stewart got together with close friend and producer Alicia Cargile and the couple dated on and off for two years. Stewart spoke about how it felt a lot more freeing to be known dating a woman in public and felt that she no longer had to hide anything from the media.

The couple sparked dating rumours in 2015 when Stewart was spotted backstage when Gvnn’s band played. The relationship was only for a short while.

Stewart dated the singer-songwriter in 2016 after breaking up with Cargile. It was also a short-lived relationship.

After this, Stewart dated St. Vincent, Stephanie Sokolinski, Stella Maxwell, and Sara Dinkin for short periods before ending up with Dylan Meyer.