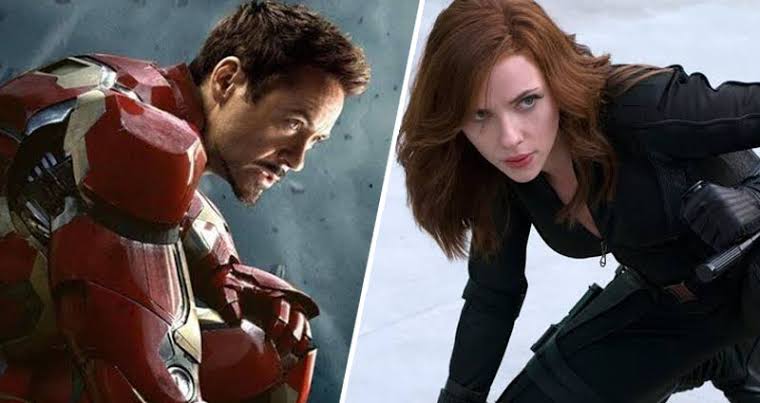 In Iron Man 2, we see Tony Stark hiring a new assistant after appointing Pepper Potts as CEO of Stark Industries. He hired Natalie Rushman, who later revealed herself as a Russian spy named Natasha Romanoff. The full reason for why Nick Fury assigned her that mission is revealed in the tie-in comics.

If you’re nothing without the suit, then you shouldn’t have it. We aren’t some psychos going around and flexing muscles. We’re superheroes. Superheroes are defined by heart and character. Everything else on the outside is extra asset to compliment the true quality deep inside. That’s why realities are hard and the expectations are so much higher. #IronMan #SpiderMan #Avengers #Marvel

Iron Man’s post credit scene saw the introduction of Nick Fury, director of SHIELD. Fury spoke to Stark about a “bigger universe” which he’s now part of. Soon we got to see Stark meet gods, monsters, time travellers, and super soldiers and fight to protect his world from otherworldly beings.

So what’s the real reason Black Widow was sent to Stark? During the comics that released in that period, we see Fury carefully monitoring Stark. In the Iron Man 2: Agents of SHIELD one-shot comic, we see Fury making plans to know just how capable Tony Stark was as after all, he’s a man in a world of superpowered beings. His strengths were his genius brain and the protective armour he created.

So we see Fury placing covert agents in places where they could cross paths with Iron Man and see his combat abilities, and if he’s suited for the Avengers Initiative he was planning. Step two was sending a member who was already drafted into the Avengers. While she was not happy about the mission, she was indeed a master of espionage and left to do the mission.

You wanna switch it up, Agent Romanoff? #ironman #blackwidow #marvel

Like anyone else, she was blown away with the armour, but found the man to be extremely flawed. That was why she reported to Fury on not selecting Stark to be part of the Avengers. But things take a different turn after Loki stole the tesseract, and the rest you know, is history.

Are Kristen Stewart and Drew Barrymore SECRETLY DATING? Here’s what you need to know.
Did Black Widow unintentionally create a massive plot hole for Hulk in the MCU Universe? Check out what we are talking about.