More
HomeCelebrityZac Efron, The Iron Claw Actor, Bestowed with comments from the famous... 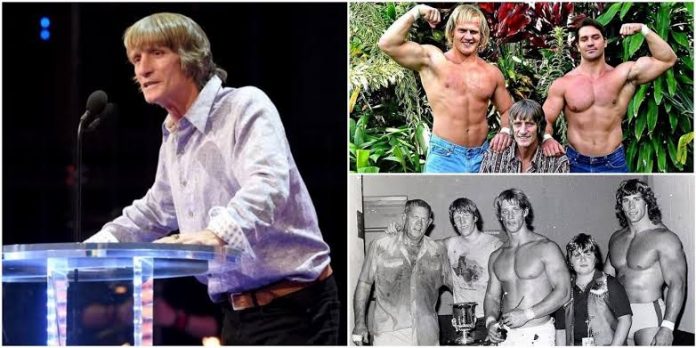 The Iron Claw film made headlines

The Iron Claw is an A24 film about the famous wrestling family of Von Erich. The film recently made headlines when a photo of Zac Efron who will be playing Kevin Von Erich in the film made its way online.

The photo of Zac Efron from the set of The Iron Claw looked like the actor being jacked, which resulted in prompt responses from the remaining family members of the Von Erich family.

Ross and Marshall Von Erich, the sons of Kevin Von Erich and current stars of the Major League Wrestling promotion posted an Instagram image of Zac Efron and their father and captioned it with a new project on their family and Zac Efron taking his role very seriously.

He further wrote that they are very excited to watch the movie The Iron Claw.

Kevin Von Erich in an interview with TMZ commented about the movie saying it will be a hard job and there is a lot of information that needed to be grasped which will take a lot of time.

He further stated that he saw the picture of Zac Efron and he looked to be a great man, he further complimented him saying that he looked nice and he doubted that he had ever looked so good in his entire life and said that they are doing a great job. He added that he talked with the director who is also very nice.

The iron claw is directed by Sean Durkins and is set to be released in 2023.

The other cast member except for Zac Efron who will be playing the role of Kevil Von Erich includes Jeremy Allen White as Kerry Von Erich, Harris Dickinson as David Von Erich, Maura Tierney as Doris Von Erich, and many more to include.

The film synopsis read that the film is based on the true story of the Von Erichs, the family which gave birth to many wrestlers who had a great impact on our today’s sports.