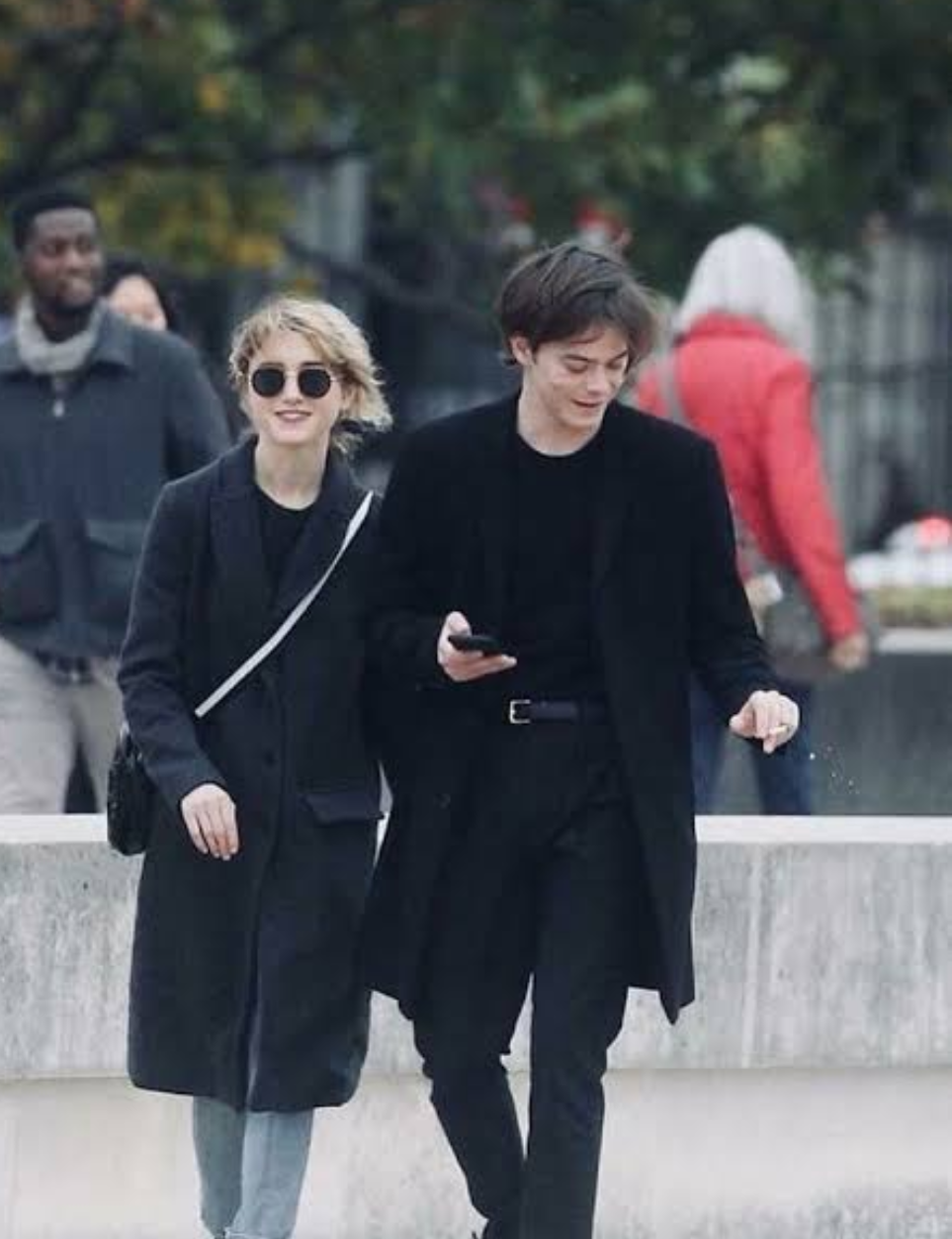 Charlie R. Heaton is a British actor and musician. He is has played a role in Stranger Things, Netflix. Charlie was previously dating musician Akiko Matsuura. However, now he is dating his co-start, Natalia Dyer. Natalia Dyer is an American actress. She is best known for her role in Stranger Things (Series). Dyer’s first role was in Hannah Montana: The Movie, in 2009. Charlie and Natalia have been dating since September 2016. They keep their personal life away from the limelight, but apparently, they appeared together in February 2019, Fashion week. Their on-screen chemistry has been loved and appreciated by fans. Their on-screen chemistry is perfect, and sometimes this on-screen romance converts into a real-life romance. This has precisely happened with Charlie and Natalia. Before Natalia and Charlie officially declared that they in a relationship, fans had started posting posts about their relationship. Undoubtedly they look great together. They are different, yet share some similarities. Never did Dyer and Heaton have denied their relationship. Fans are glad to see them together, off-screen as well.

They were seen together, holding hands in NYC in October 2017. Natalia says that it is always good to love someone, with whom one can go home. She has admitted that she and Charlie are always comfortable with each other. She feels, free with him and enjoys his company. When there is compatibility in a relationship, it has to last. Their relationship is not dependent on external factors. It is an internal bond.