Tom Cruise is back with a bang with Top Gun sequel. Check out Top Gun: Maverick trailer.

Tom Cruise is back for the long-awaited sequel to 1986’s action film Top Gun. The poster for the movie was out recently. 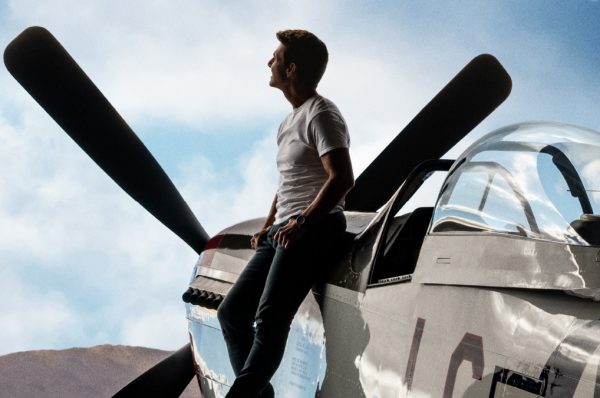 In the recent movie poster, the A-lister, Tom Cruise plays the role of Maverick in the Air Force action drama. He is standing beside a classic craft looking at a triad of fighter jets ascend into the sky.

Cruise, 57, and Val Kilmer, 59, come together once again for the sequel to the 1980’s hit. The cast includes an ensemble of Hollywood hot-shots like Jon Hamm, Jennifer Connelly, Ed Harris, Miles Teller, and Glen Powell. The first movie featured Kilmer, Kelly McGillis, and Anthony Edwards, with Tim Robbins and hotshot Ryan along with the extended cast. The team unwrapped the poster of the movie at Comic-Con, giving fans an insight into the sequel. It picks up decades after the 1986 box-office hit and features well-known actor Teller as the son of Edwards’ pilot. However, he dies within the first few minutes of the movie.

It opens with nerve-wracking visuals of Tom controlling a US Air Force F-18 jet flying over a desert and stays within meters of the sandy desert.

In the trailer, Maverick does not appear too happy with what he’s hearing and is aware to retaliate.

The clips then move seamlessly to another scene where Tom wears his leather jacket, glasses and we see him riding on his highly-powered Kawasaki Ninja H2R motorbike.

The brand new sequel explores drone technology and Maverick, currently a flight expert and instructor, is very much troubled when he has to adapt to as he teaches a new generation of U.S. Navy fighter pilots.

Tom put a lot of effort into this sequel. It is being said that Tom did all the motorbike stunts on his own. But once it came to the flight scenes, he didn’t have clearance to fly the F/A-18 Hornets used in the movie. Since the U.S. government doesn’t allow civilians to fly military aircraft.

Previous article
Offset gets the biggest shock of his life by his wife Cardi B!!
Next article
Netflix confirms arrival of Money Heist season 4!