Offset gets the biggest shock of his life by his wife Cardi B!! 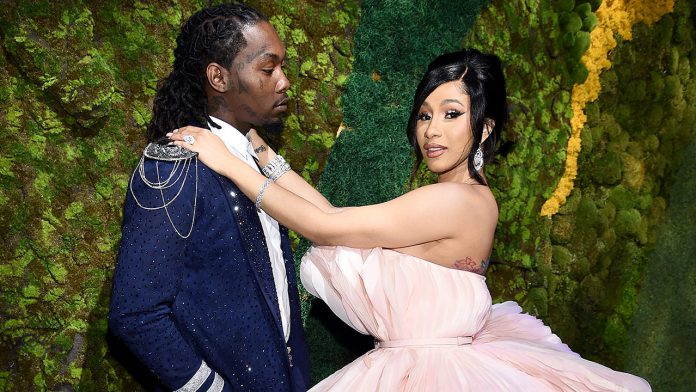 It was Offset’s 28th birthday and his wife Cardi gave him the biggest surprise of his life. It was an unexpected gift for him. Cardi was confused on what to get for his birthday. She posted a video with the birthday present being given. In the video, Cardi says how she does not know what to give him for a gift since he had everything. So she says she is giving him a refrigerator and with that Cardi’s bodyguard opens the refrigerator.

Little something something for the Birthday boy @offsetyrn ❤️ Y O U

On opening it, he gets the biggest shock of his life. Offset just gets so shocked and does not know what to say and do. He even says to her that she did not need to give him this as a gift. But Cardi says that he can whatever he wants with this gift. A shirt, clothes for her or him, car or whatever he wants. Also, she says, now that she gave him a big gift, there is no Christmas gift. So do not expect anything from her for Christmas.

The video ends with both of them saying I love you to each other and kissing each other. It was indeed a great and awesome day for both the couple. Well, this birthday surprise is indeed the biggest surprise for her husband, Offset.

It is not like just Cardi showing love through expensive gifts. Even Offset also did it in the past birthdays of Cardi. He gave Cardi cars, expensive clothes, cars, etc so it is a constant for both of them. But getting a million dollars is a new thing between them. It was indeed a great shock and surprise for him. Offset was really happy and had his best and awesome birthday with his wife, Cardi.

Previous article
Goldberg talks about the infamous WCW Taser incident that ended his streak!
Next article
Tom Cruise is back with a bang with Top Gun sequel. Check out Top Gun: Maverick trailer.