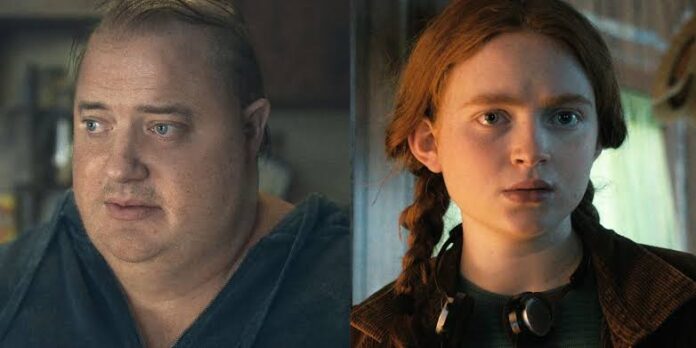 The Whale is already garnering praises before its release

The Whale is a psychological drama directed in 2022 by Darren Aronofsky. The movie is based on a screenplay by Samuel D.

The movie is set to release on December 9, 2022, in the United States. The movie had its world premiere at the 79th Venice Internation Film Festival on September 4, 2022.

The plot of the film revolves around a 270kg middle-aged Charlie who tries to reconnect with his seventeen-year-old daughter. The two grew apart after Charlie left his family for a man, who later died which resulted in Charlie binge eating out of pain and guilt and ended him up in his current appearance.

The film received a lot of positive reviews for the lead performance of Brendan Fraser and also for Sadie Sink and Chau’s supporting characters though the use of prosthetic suits and certain directional choices received certain criticism.

One website read, that the movie The Whale sings a song of empathy that will leave most of the viewers blubbering.

Glenn Kenny of RogerEbert.com praised the director and characters for their performance stating that the movie is another level of heartbreak and showcases human misunderstanding.

The American filmmaker Darren Aronofsky has directed a range of films over the years including Pi, Requiem for a Dream, The Fountain, Noah, Mother!, The Wrestler and Black Swan.

His films tend to be emotionally devastating and in that sense, The Whale is nothing exceptional as expected from him.

The film is produced by Jeremy Dawson and Ari Handel by the production company Protozoa Pictures.

Also read: THE PRINCESS DIARIES MIGHT SET TO MAKE A GRAND RETURN AFTER 18 YEARS!