The Most attractive and Innovative costumes of 2019 Halloween. Find out who succeeded in Turning All Heads this Halloween season!!!

Pagan festival called Samhain celebrated as Halloween is the traditional culture where people dress up as saints and imitate different devil, the eve of the western Christian feast of all hallows’ day is all over a week before but still we’re hunting for the most creative and clever outlook worn by different celebrities in the Bachelorette party. 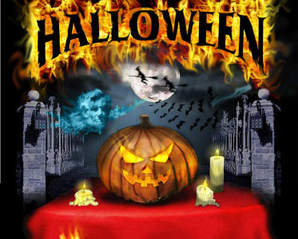 Halloween’s the time when the star celebs come out of their usual decorous of wearing formals in star-studded bashes and push themselves out to wear something attractive, paying tribute, funny yet lavishing costumes to celebrate the occasion according to their comfort zone. It allows them to reflect on their inner humor and kiddish nature. Imitating their favorite characters or tributing different characters indulge them in a fun time to enjoy with their friends and families.

Some unusual yet attractive costumes of different celebs including a few pop culture and famous character references could be seen in different Halloween bashes. Here are the outrun costumes we could gather….

1. Blake Horstmann as Judge Judy:
‘Bachelor in Paradise’ cast member dressed up in the famous television queen of courtroom-judge Judy.

2. Nick Viall dressed up like pilot Peter Weber.his costume included a forehead bandage too, presenting Peter’s injury he got while filming in Costa Rica earlier this month.

Just a Pilot on a flight for love .. will probably crash into a windmill tonight.

3. Onyeka instructing for good behavior at the party. Onyeka Ehie dressed up as a cop holding a walkie-talkie in her hand.

4. Hannah Godwin and Dylan Barbour as Sandy and Danny from ‘Grease’
Barbour went as John Travolta’s character, Danny, and Godwin dressed as Olivia Newton-John’s character Sandy, complete with perfect golden ringlets. Godwin stunned in her shiny all-black outfit and red heels. The bachelor in paradise cute couple falls for each other at the moment.

5. Caelynn and Dean
the adoring couple dressed in colorful dresses imitating each other. Caelyn wore a dummy mustache, a beanie cap slippers and even carried a toy van that referenced Unglert’s van/home to complete her boyfriend’s look while dean looked amazing in female dress as he imitated her girlfriend’s costume during her miss underworld achievement wearing a sash of the same.

6. Jade Roper Tolbert, Tanner Tolbert, and their kids as the Sanderson sisters and Binx from ‘Hocus Pocus’. The cute family posed amazingly in their Halloween costume.

It’s all just a bunch of Hocus Pocus. Happy Halloween from the Sanderson sisters and Binx! 🎃

7.John Paul Jones as a Ken doll
As John Paul Jones recently broke up with Tyshia Adams, he went on as Ken, Barbie’s hunky boyfriend with one of her friends who chose to become a barbie for the party.

Forever wishing I was a 💀 but I 🍩 have the time! Swipe to see my friend Kelly Kapowski and my trusty Halloween costume! #LOLatmyjokes #ilovehalloween #hometownpresets

10. Wells & Sarah in their complete pop star looks.
The couple dazzled in their imitating costumes, alum Wells Adams as Freddie Mercury while his fiance Sarah Hyland in her super glare red wig referencing David Bowie posed for a rocked show on their Halloween night.

11. Emily Ferguson in her harlequin makeup.

Why so serious?! 🃏❤️💙 #joker #harleyquinn make up by the one and only @daniellemakeup.co

12. Evan Bass with his cute little one.
The father-son looked adorable in their clown hats.

12. Garett with his adoring cute baby dressed up as pumpkin keepers.

Found me a keeper at the pumpkin patch today 🎃 👻

Many others were seen in creative and attractive costumes to rock their Halloween bashes.

Previous article
The Orville: Reappearing in its Innovative Version for season 3, But wait what’s the biggest plight after the show joined Hulu!!!
Next article
The sleepwalking murder has finally been charged guilty by the jury this Friday for shooting his Wife while half asleep!!