‘The Magicians’ season 5 teaser is Emotional as everyone Mourns loss of Quentin; Know what’s more to come in the new season! 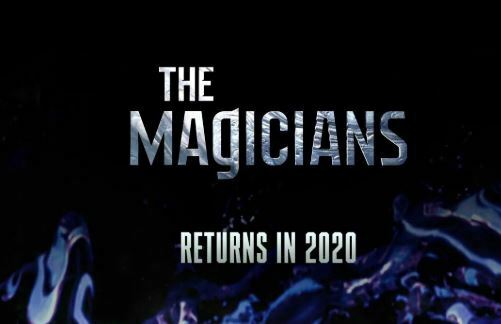 The American TV show ‘The Magicians’ has come up with a teaser of Season 5.

The fantasy series airs on ‘Syfy’ channel. It is adapted from a novel written by Lev Grossman. The series premiered on 16th December 2015. It revolves around the character Quentin. He takes admission in a school of magic at Brakebills. Soon, he discovers the world of fantasy, he once read about as a child. The fantasy world turns out to be a danger to the human world.

The news for renewing the series for the fifth part was announced in Jan 2019. Now that they have released the teaser, the fans have got devastated. The teaser of Season 5 shows the loss of Quentin.

The end of Season 4 finale has a hint of this devastating loss. As expected, the teaser proved to be sorrowful. Death of Quentin can make any fan’s heart miserable and grief-stricken. The show is full of twists and turns but the director confirmed that the fate of the character Quentin Coldwater is fixed.

All of them shed tears for the gigantic loss (death of Quentin). At the end of Season 4, we saw Quentin Coldwater sacrificed his life for his friend. The magicians showcase their sorrow by taking a deep lungful of air. And finally ended up watching the movie Avengers: Endgame together.

Previous article
Justin Bieber says ‘Sorry’ to ex Selena Gomez! Fan creates iconic mashup of Bieber’s ‘Sorry’ and Gomez’s ‘Lose You To Love Me’ and We are loving it!
Next article
When a Happy occasion turned into a Tragedy!!! 56 years old Grandmother dies at Gender Reveal Party!!!