“The End of the F***ing World” Review: A wonderful must watch series

The British TV series ‘The End of F***ing World’ is based on a comic book written by Charles Forsman. 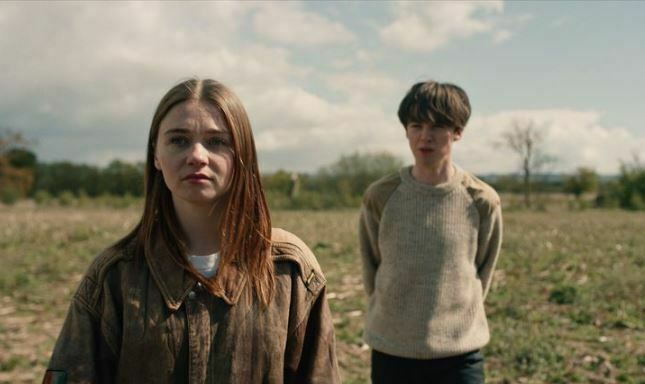 The series was a slow starter when it got aired on Channel 4.  A year later, Netflix broadcasted the show and slowly, it got an international audience. The season 2 of the series is coming out soon.

The thug name and the initial minutes of the first episode left us aww-struck and paralyze. Within a few minutes, you can sense the dark comedy. Psychopathy, animal killing, and murder can hook to the series.

Meeting the fierce teenagers Alyssa and James for the first time might not be pleasant. You might call Alyssa is an angry girl and James is a monster in the beginning. But soon you gonna love them. The aggressive plot of the show will descend down to a soft and romantic center.

In the eight episodes, you will witness how negligence and betrayal turn out these two teens. However, they will soon find comfort in each other. It’s that time of the series when love will find its way among the violence.

The episodes are brief, topped with so many things happening one over the other. Kudos to the graphics. 17-year-old James plans to shift from killing animals to murder humans. He finds Alyssa suitable to be killed. But, Alyssa suggests escaping from their pathetic life. Their crazy adventures begin from that point.

The music, dramatic sounds, direction and of course the graphics are amazing. Just when you will pray for their happily ever after ending, you will realize that s not gonna happen. The ending of season 1 is when the pair get caught by the cops for their wrongdoings.

Not to forget, the minor characters did their part well. The show is full of crazy stuff, dark comedy, psychopath characters but their escape plans and adventures are worth watching.
It’s a wonderful TV series and a must watch!

Previous article
End of the series of “The Affair”: what was the big shock in the finale episode?
Next article
Breast Implants wasn’t the only thing which Tiffany “New York” Pollard had to change, but her lifestyle, which made her sick??