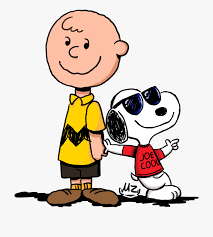 While everyone is getting into the holiday spirit, newly launched streaming service Apple TV Plus has a big surprise for subscribers! Let us take a look at this newest announcement made the streaming platform.

Apple TV Plus Is Bringing The Popular Charlie Brown Special On Their Streaming Platform!

The all-time popular  Charlie Brown holiday special that is based on the classic Peanuts comedy strips is moving exclusively to the Apple TV streaming services. However, with this new movement, some fans are not quite thrilled about this. Apple TV has limited access and this implies that only subscribers will be able to watch the holiday special series.

10 days till the Great Pumpkin! pic.twitter.com/MTlgOjF2H0

While the holiday special has always been shown on network television for all these years, everyone could enjoy the heart-warming stories of Charlie Brown, Snoopy, and Peppermint Patty. However, with this new move, only those who have limited access can watch all the series special. Here’s the social media post that invites fans to enjoy the holidays with Charlie Brown and his gang! Get ready to witness the spooky classic.  This special included the Halloween special along with a thanksgiving and holiday special episode.

Some Fans Are Not Quite Thrilled Bout This New Move

Fans have expressed their disappointment over the announcement stating that with Apple providing limited access, many will be derived from the joy of watching the quintessential holiday special that has been shown for so many years.

So this is why ABC hasn't aired it and doesn't have it listed for the rest of October. I understand streaming competition, but some traditions like this should NOT be broken! pic.twitter.com/PaqQQ9dspx

Some even wrote that this ended a beloved American tradition. When the holiday special was shown on the network television, it did bring everyone together as they all watched the Charlie Brown adventure with their family.  However, with this new announcement things have surely changed.