The Book of Boba Fett: Pedro Pascal Makes his Return as the Mandalorian in the Latest Episode 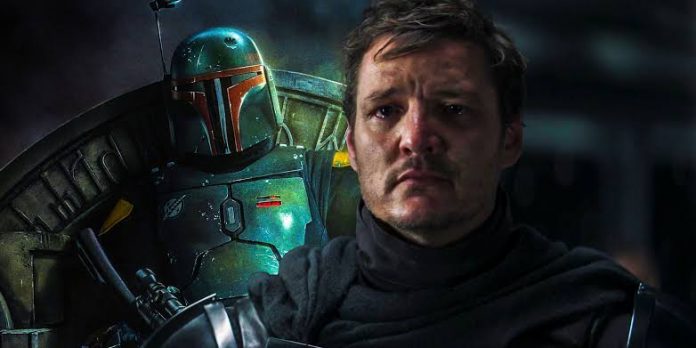 The Book of Boba Fett had an exciting appearance in this week’s episode – The Mandalorian himself.

Din Djarin, aka the Mandalorian, aka Pedro Pascal has returned for his fan-favourite role in the Disney+ series. Pascal shared the clip where Mando returns on his Twitter account, with one simple word as caption – Wizard.

In the new episode, Mando is summoned to Tatooine by ship mechanic Peli Motto. We can see that Mando has not yet replaces his beloved Razor Crest after it got destroyed in The Mandalorian season 2. Motto has kept aside a rickety Naboo Starfighter, that is in no shape to carry on its purpose. So Mando and a small army of droids help him get it back to flying shape. Mando then takes it for a spin, and after it fits its purpose very well, he describes it with one word: “Wizard.”

However, what does this word mean? Why did hardcore fans get excited about it? It dates back to Star Wars Episode I: The Phantom Menace. In the movie, Kitster Banai, the best friend of Anakin Skywalker describe Anankin’s entry into the Phantom Menace podrace as “so wizard.” Mando’s test flight route also follows the same podracing track that the young jedi flew around in, so this term was the right fit.

Season 3 of The Mandalorian is going on in full swing, as confirmed by Carl Weathers, who plays Greef Karga in the show, and is also the director. Reports suggest that filming will wrap up on March 23. Various behind-the-scenes images have also arrived since December. Until that arrives, enjoy watching Mando in the current series.

The Book of Boba Fett is currently available for streaming on Disney+.

Previous article
Evil Dead: The Game Announces Release Date – And it Will be on a Friday the 13th
Next article
Descendants: Netflix Acquired the Rights for the Sundance Award-winning Documentary!