The 2019 Soul Train awards pays tribute to Yolanda Adam’s tremendous career. Check it out and the other epic performances by talented artists. 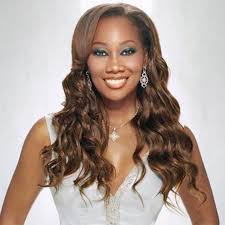 The Soul Train Awards is one grand event, and the 2019 version was packed with amazing performances. This must-watch event featured tributes to Yolanda Adam’s tremendous career. People know Soul Train awards because they appreciate the artists who dedicated their lives to the music industry. It also gives love to the young, promising artists who are starting fresh. Among all the brilliant performances in the event, the tribute to Yolanda Adams caught the eyes of everyone.

The event honored her with the Lady of the Soul title for merging soul and gospel throughout her career. They performed a medley of her hit songs and mesmerized the audience with her talent. Kirk Franklin described her voice as a “God-kissed voice,” and she blessed the audience using her voice. She started her performance with “Victory” and then flowed into a medley of other songs. She sang “Born this day,” “Open my heart,” “Be blessed,” and “The battle is the lords.” She closed her stunning performance with a soul-stirring performance of “In the midst of all.”

Jimmy Jam and Terry Lewis’s tribute was another fantastic addition to the event. The duo delivered a moving speech after accepting the Lifetime Achievement Award. And then they hit the stage like the true blue rock stars they already are. They performed songs like “Optimistic,” “Tell me if you still care,” “Saturday Love.” But the real surprise was when there was a reunion with their bandmates from The Time. The band did their signature dance as they performed the song “Jungle Love.” It was simply epic.

Other than the above-mentioned performances, there were other stars who came on stage as well. Dressed in a blue flannel with a team of dancers wearing flight attendant outfits, SiR performed the song “Hair down.” He also performed the Chasing Summer delight “John Redcorn.” Then there was a performance of “The Rain” by K.Michelle, which was a remake of the 1998 version of “Can you stand the rain.”

The Soul Train Awards was a major hit with performances by Tiana Major9 and the Earthgang, Wale ft. Jeremih and Kelly Price, Queen Naija, Boyz II Men and Stokley Williams, Teamarrr, and many others.

Previous article
Former f(x) singer Amber Liu apologizes on Twitter (#BlackLivesMatter) for a clip where she made ignorant comments towards racism!!
Next article
Lack Of Humanity Around Us: Lizzo accused and sued poor postmates woman for stealing her food, which never happened!