Lack Of Humanity Around Us: Lizzo accused and sued poor postmates woman for stealing her food, which never happened! 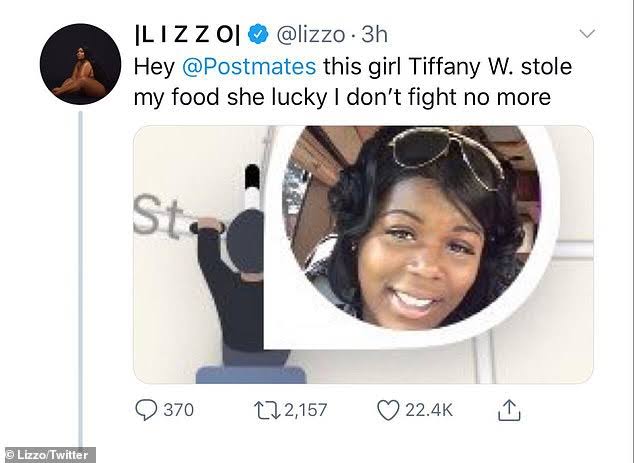 When people take social media for blaming others and hurting their feelings.

As a person gains fame, he/she does not learn humanity. They end up not caring about the people around them and what others go through. This article is related to that. Melissa Viviane Jefferson, also known as Lizzo. She is one of the famous stars. Lizzo accused and sued poor postmates woman for stealing her food.

Even though the fault is in the hands of the star, she was angry to accept her mistake. She took it to the Twitter platform to insult her by posting “Hey @Postmates this girl Tiffany W. stole my food she lucky I don’t fight no more.” Since the singer has thousands and thousands of followers, this tweet later spread like a fire and created a news.

The postmates woman felt humiliated. Some of Lizzo’s followers even came and stood up for her. They told Lizzo how it was not right to blame that girl and people make mistakes.

But due to the star’s anger, she responded negatively. This turned out to be an issue for her. The postamate woman alleged that there was no room number on the order. The woman even asked in the lobby. But there was no response from them as they informed her no one as per the name in the order is staying in the hotel. The postamate also argued that she even waited for five minutes. Things out to be worse. The woman got threats and a lack of security feeling. The driver who dropped her said that the postamate felt insulted and humiliated. Later the driver in support of the lady filed a case against the star for filing a case.

Lizzo later apologized to Twitter by tweeting “I apologize for putting that girl on blast. I understand I have a large following and that there were so many variables that could’ve put her in danger.” But the damage was already done. That is what people say, once you grow never forget humanity and the people who are near you, who are struggling for their lives. 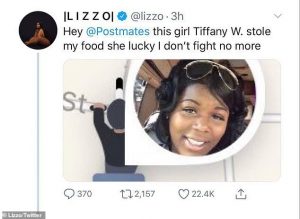 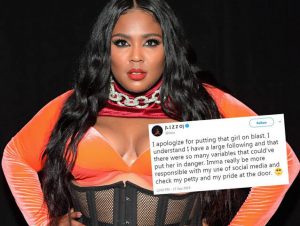 Previous article
The 2019 Soul Train awards pays tribute to Yolanda Adam’s tremendous career. Check it out and the other epic performances by talented artists.
Next article
Amber Liu Apologies For Her Insensitive Remarks!!!