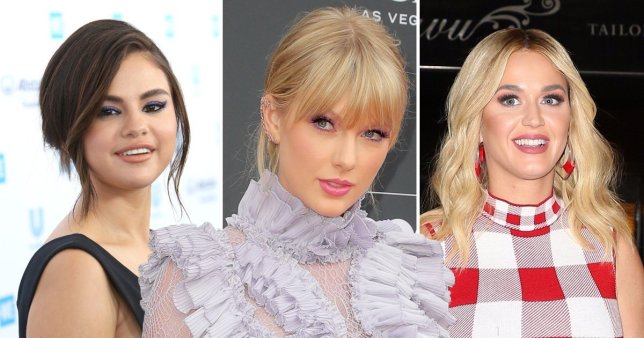 Taylor Swift is ready to release her new album “Lover” with a secret listening party at her house and a specified group of fans. Earlier, a similar kind of party was held in London last Friday.

During the party, fans came to know that Swift will collaborate with Selena Gomez and Katy Perry for a particular song. This is a first time Taylor, Perry, and Selena will come together for a song.

WHAT HAPPENED AT THE PARTY?

A fan, who was present at the party said that Swift is doing one song with both Selena and Katy Perry. The aim of the song is “women empowerment.” Something like this had happened when “Bad Blood” came out. The main idea of the song was about Swift’s unstable relationship with Perry.

However, both Swift and Perry have led bygones to be bygones. Later, Perry appeared in one of Swift’s music videos “You need to calm down.”

Fans and friends who were in attendance said that Swift had made desserts for the listening party. Swift also said that she is quite pumped up for the song as it contains one of her most-liked songs.

All girls coming together for a video that is about women empowerment is something only Taylor can pull off.

As for Gomez and Taylor, they are quite close to each other. During the Reputation Tour, the pair surprised the audience and performed a duet together. The duo delighted the crowd by singing Gomez’s hit song, “Hands To Myself.”

Gomez has said that Taylor’s like her big sister and she tells her everything.
Taylor too, shared her fondness for “The Dead Don’t Die” actress. She gushed about Selena, saying she is her go-to person and someone who has been there “no matter what.”

Well, the wait is undoubtedly going to be long so till then enjoy their old songs!

Pink’s daughter wanted to have hair like Dove Cameron from “The Descendants”. Mother fulfilled her wish!!
Money Heist Season 3: Tokyo responsible for Robbers’ downfall in this otherwise engaging series?
Comment