60-year-old Peter Cook is now engaged to his girlfriend Alba Jancou. Cook who famously married Christie Brinkley and cheated on her, proposed to Jancou when they were vacationing in Santorini, Greece.

On September 15, the architect went down on one knee in front of a church with a six-carat diamond ring in his hand. Jancou said yes.

His fiancé is a 21-year-old college student. But some sleuthing has revealed that Alba is only 20 – a year younger than Cook’s daughter Sailor Brinkley – Cook. The 60-year-old has denied the allegation and maintained that his fiancé is 21. 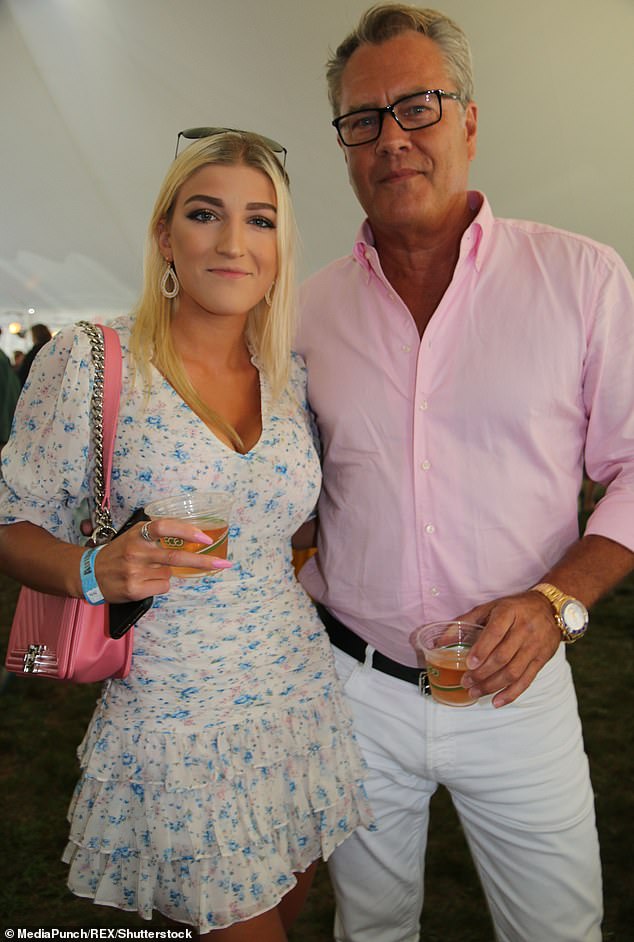 However, Jancou’s posts from 2017 show her 18th birthday celebration took place that year.

The pictures have since been deleted from her social media platforms. An insider also confirmed to Page Six that Cook’s collegiate fiancé will turn 21 only next March. Furthermore, her now-defunct LinkedIn page also showed proof that she is 20.

On her profile, it showed that Jancou would graduate from Tulane University in Louisiana in 2021. That means the pair may have even started their relationship when she underage – which would lead to a big problem.

Cook insists that Jancou was 19 years old when they embarked on a relationship but he has proven himself quite untrustworthy. This is also not the first time the architect has pursued a relationship with someone decades younger than him.

Cook Had An Affair With 18-Year-Old Assistant

Cook and his wife Christie Brinkley broke up when he was caught in an affair with his assistant. The girl Diana Bianchi was only eighteen years old at the time. When Christie Brinkley found out, she filed for divorce from Cook.

And then followed the heated divorce proceedings. The supermodel won custody of their two kids – Sailor and Jack – after a long battle in court.

Previous article
Elton John extends his farewell tour “Farewell Yellow Brick Road” to summer 2020; Tickets are going to be out soon! Details inside!
Next article
Looks like nothing can stop 50 Cents; Takes trolling to Twitter after his Instagram account gets deactivated!