Elton John extends his farewell tour “Farewell Yellow Brick Road” to summer 2020; Tickets are going to be out soon! Details inside! 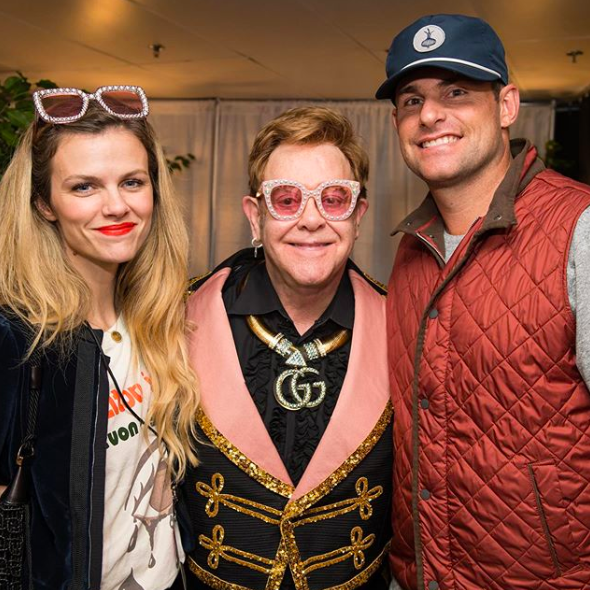 The singer and songwriter Elton John announce the new date of his concert, which is now extended to summer 2020. John’s new concert is coming to the US and Canada, which will start on March 28 and end July 8 in Kansas City.

Last night marked two million of you coming to see the #EltonFarewellTour!! 🎉 I wanted to do something special to celebrate, so we gave these fans VIP seats and a special custom jacket. Hope you had a fabulous time, Scott and Heather! 📷: @bengibsonphoto

John’s Yellow Brick Road tour was started on September 8, 2018. He planned to get retired after the tour concluded. He made up his mind of retirement in January 2018.

In his press conference, the 72-year-old singer told how his priorities are changed now, as he now has a family, his husband, and his children with whom he wants to spend time. Talking about his retirement, he thanked his supporters and fans for continuously supporting him.

“I thought the time is right to say thank you to all of my fans and then to say goodbye. That doesn’t mean I wouldn’t be creative, but I’m not gonna travel anymore.” Said Elton.

According to the new schedule, his tour will be concluded in 2021.

The new show will head to several cities

Philadelphia, I couldn’t have asked for a more perfect audience 👍 Thank you!! #EltonFarewellTour 📷: @bengibsonphoto

The show tickets will be available from November 22, at 10 a.m.

The complete information on the tour is presented on Elton John’s website.

Elton John recently released his autobiography ‘Me’ in which he opened many secrets related to his life and also about other singers and celebrities.

What a night at #iHeartElton and what a week!! 🚀🚀 Finally releasing my autobiography and telling my story, my truth, and in my own words has been amazing. I hope you enjoy reading it. You can pick up a copy on the bio link. #EltonJohnBook 📷: @wesandalex

He also got the biopic made on him, Rocketman, which was released in May of this year. In which his role was played by the Taron Egerton.