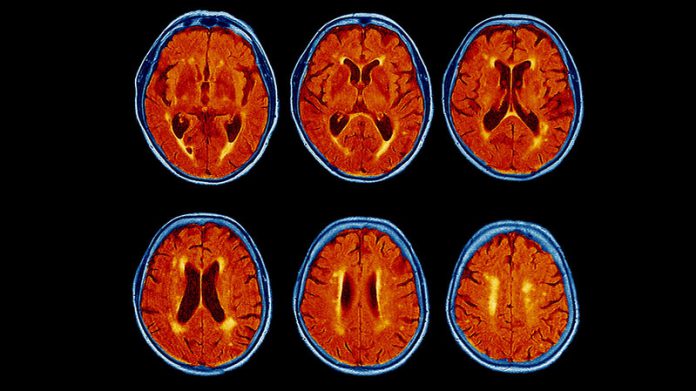 is Recent clinical studies show that a drug approved for delusions and hallucinations during Parkinson’s disease is effective in case of dementia as well. At the clinical trials on Alzheimer’s Disease in San Diego, revelations were made. Studies showed that people suffering from dementia-related psychosis can also take that treatment. Now the drug needs to get approval for DRP. Once that is over, it will become the first therapy the FDA approved for dementia-related psychosis. The approval process will start in 2020.

The drug Pimavanserin from the brand Nuplazid is exactly the one. It has the potential to reduce the risk of psychotic relapse by threefold in patients suffering from DRP. Acadia Pharmaceuticals, the maker of Nuplazid, revealed this study in the Clinical Trials where they examined 392 patients with DRP. DRP is related to neurological conditions like Alzheimer’s and Parkinson’s.

According to a press release, Dr. Jefferey Cummings from Cleveland Clinic Lou Ruvo Center for Brain Health in Las Vegas put forward his opinion regarding the discovery. He said the presented results are an important step ahead for the patients who struggle with DRP. Moreover, no FDA-approved treatment is currently available. He also said that reducing the risk of relapse of psychotic symptoms to that extent was a very meaningful and important outcome. Reports say that around 8 million people are suffering from dementia in the U.S. Moreover Acadia says around 30 percent of those patients have psychosis. People having psychosis usually suffer from hallucinations and delusions. According to Acadia, patients having persistent psychosis with dementia face some serious consequences. They need to undergo repeated hospital admissions, get nursing home placement, their dementia progresses and there is an increased risk of mortality and morbidity.

Alzheimer’s Association researched some more regarding this topic. Apparently in the entire process from diagnosis to death, Alzheimer’s costs an average amount of $341,000. And the burdening part is that families pay 70 percent from their pocket. According to estimations, the cost will increase to $1.1 trillion by 2050. The number of patients by 2018 was 53 million. Studies say the number will go up to 88 million by 2020.