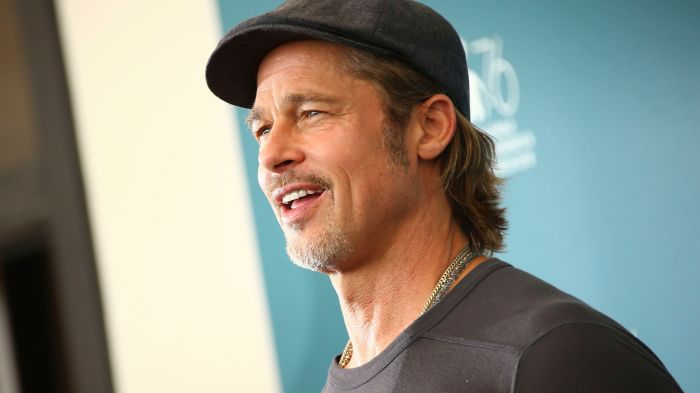 Ellen DeGeneres shares camaraderie with everyone who appears on her talk show. The connections with celebrities run deep. Ellen charms the audience while simultaneously entertaining her show’s guest.

In such a candid talk she revealed to have dated the same girl who Brad Pitt was once involved with.

Brad Pitt appeared on the Ellen Degeneres Show to promote his movie Once upon a time in Hollywood. Ellen picked up the topic of their first meeting. Brad Pitt promptly answers that they met at a pool party. He teased Ellen for hitting on his then-girlfriend and being flattered by it, fascinating!

Ellen, surprised,  asked for confirmation, revealing in the next sentence that she dated one of his exes. Unfortunately, they decided to discuss it behind the cameras leaving the audience intrigued.

Brad Pitt was married to F.R.I.E.N.D.S. famed Jennifer Anniston. His ex-fiancee is Oscar winner Gwyneth Paltrow. He recently was involved in a divorce with the popular Angelina Jolie. His list of partners is quite impressive.

Sources state that he wants to focus on his children and career and keep the negativity at bay.

Ellen recently celebrated her 11th wedding anniversary with a heartwarming post on Instagram. She is married to actress Portia de Rossi, the actress. They have expressed their love on many occasions.

Seeing the past paramours of both the celebrities it seems that they are attracted to the same kind of people. Still, the name of the woman is a riddle for us. Fans would be left scratching their heads to find the name of their common girlfriend.

Would Ellen and Brad share anecdotes related to their time with her? Their reactions were well masked with only a hint of amusement peeking through.

If you are thinking it might be  Jennifer Aniston, believe us we have gone down the same path.

Jessi Combs Died While Trying To Beat Her Own Record! She will be remembered for her Unforgettable Supersonic Speed Challenger!
Scientists Studying Protein Recycling By Cell Circuits Which Might Cure Alzheimer’s!