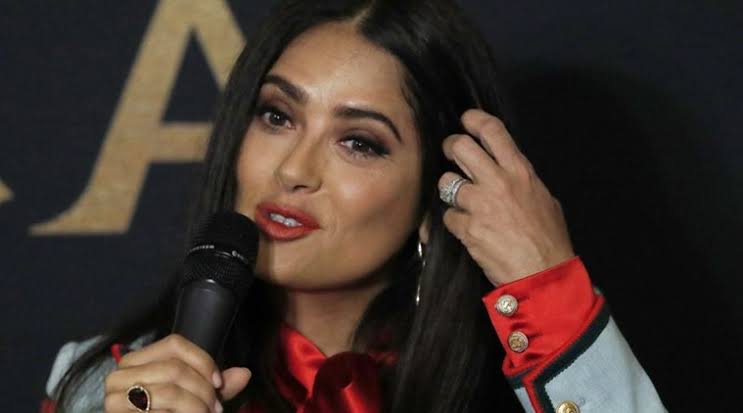 The Oscar-nominated actress opened up about why she doesn’t talk about the problems going in her native country, Mexico, on social media platforms. Salma said she doesn’t like talking negatively about her home country because it creates a negative image of the place. She said that she doesn’t want to make it look negative in front of the rest of the world.

She also said that talking negatively about her country can affect tourism, with people who are trying to invest in Mexico. Salma answered these questions when as per Associated Press, she was present at an event to promote her new produced Netflix web series, Monarca.

Though she said this, she also believes that her opinions will hardly make any sort of difference to people out there as her followers are mostly living outside Mexico. Salma currently has more than 11.5 million followers on Instagram.

In earlier times, Salma had tried to protect her country by posting on her Instagram account which advocated the issues of gender equality and education. Not only this, but Salma has also mentioned President Donald Trump in her posts.

Salma Hayek is a Mexico-American film actress and producer. She recently celebrated her 53rd birthday and posted some sizzling pictures in a bikini which were appreciated all over the world. She was praised for keeping herself fit even at this age.