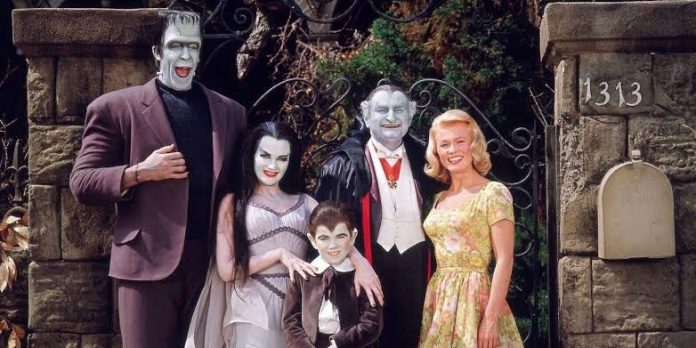 The movie is a reboot of the classic spooky sitcom

A trailer for The Munsters, a reboot of the hit 1964 sitcom is out, and it was quite the event. This time as a movie, the reboot has been directed by Rob Zombie, who is known for the Firefly trilogy and the 2007 Halloween reboot. The movie will be a prequel on how Herman and Lily Munster met, and the love story that follows. It stars Sheri Moon Zombie as Lily, Jeff Daniel Phillips as Herman, and Daniel Roebuck as Grandpa. Now, here comes the fun part.

The trailer for The Munsters was bad, to say the least. Zombie’s work with horror has been gruesome, and fans were concerned when they heard the news. However, Zombie and his wife Sheri announced that they are huge fans of the series and will be doing the characters justice. The director even updated fans regularly on the movie’s progress. Then came the surprisingly colorful trailer.

A major portion of the fans unitedly said that The Munsters appears to be cheaply made, and looks like a parody of the original. Even the trailer does not feel like a movie trailer; rather it looked like an extended ad. The acting was over the top and campy, with nothing funny to be seen. Few fans supported the trailer, saying that the original also had over-the-top acting and campiness, and even called the remake a love letter to the original.

Universal has announced that September will be the release date, giving the movie barely any time to make changes. What they can do is tone down the colors a little bit. Perhaps we are judging too soon, and Zombie might have actually done a decent job. Either way, The Munsters trailer makes sure all expectations go down.