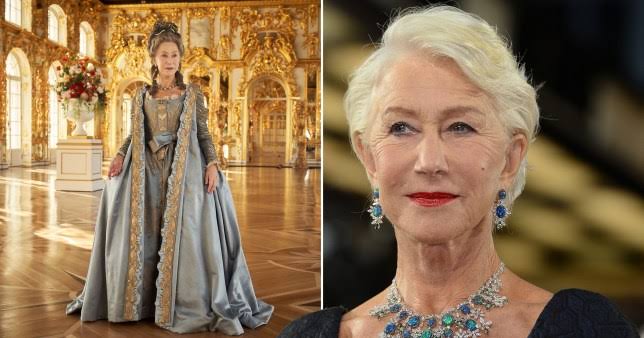 After Chernobyl’s critical smash, premium cable giant HBO and the Comcast-owned European pay-TV operator Sky are back with another glimpse into Russia’s past. Their new four-part miniseries Catherine the Great is a stagey piece of embalmed history with Helen Mirren in the lead role as Catherine the Great.

The new series Catherine the Great presents to its viewers a decades-spanning look at the legendary Russian empress whose reign lasted from 1762 to 1796. The series follows the character of Catherine (played by Mirren), who holds off threats from her cranky son Paul (played by Joseph Quinn) along with a slew from Russian nobles who take offense at the idea of being ruled by a woman.

The series, set against the backdrop of various clashes with the Turks and the expansion of the Russian empire, presents Catherine’s various romances. Also including a series-opening relationship of Catherine with the dangerously insecure Gregory Orlov (played by Richard Roxburgh) and a more resilient love with Gregory Potemkin (played by Jason Clarke).

If we look at history, we find that the reign of Catherine is remembered for its attempts made for the progress of human rights, revitalization of Russia as a European superpower.

The title of the series seems somewhat restrictive as Catherine the Great becomes at least as much Potemkin’s story and it becomes that almost immediately. Things related to Catherine’s own ideology and leadership is restricted in the opening hour only.

Rest of the series, the character if Catherine simply moons over Potemkin. She dedicates most of her time to push his legitimacy in the government and to advocate on behalf of various strategies that the series attributes to him. At places, the series appears to be more close to Gregory than Catherine. The series could have been better titled, Catherine and Gregory.