Dennis Quaid, 65, is Marrying 26 years old PhD student, See what his ‘Parent Trap’ co-star Elaine Hendrix has to say about the engagement

Actor Dennis Quaid, 65, in a recent interview, reveals that he proposed his 26-year-old girlfriend Laura Savoie for marriage. Laura is a doctorate student at the University of Texas. As the news of Quaid’s proposal became viral, his Parent Trap co-star Elaine Hendrix came up with a hilarious warning tweet for Laura.

Hendrix referred to the plotline of her movie with Quaid Parent Trap. The movie Parent Trap is a remake of Disney’s original 1961 movie. In the movie, Hendrix played the character of Meredith Blake who is 26-year-old fianceé of Quaid’s character Nick Parker. Later in the movie, Black’s character is chased away by Nick’s twin daughters Hallie and Annie, played by Lindsay Lohan.

Watch out for those twins. 👯‍♀️ https://t.co/Rloat1gLCy

Taking advantage of the coincidence of Meredith’s age and Laura’s age, Hendrix joked about the engagement on Twitter. She posted a picture of the couple and jokingly warned Laura. She wrote, “Watch out for those twins” with a “twins” emoji. The tweet refers to the twin Hallie and Annie in Parent Trap who chase away Meredith.

The tweet was soon all over the internet. Within 3 hours, the tweet gained almost 3600 likes and around 6000 retweets. Hendrix has time and again posted tweets joking about her character of Meredith in Parent Trap, right since she joined Twitter in 2009. In fact, the actress’s avatar is also Meredith Blake. 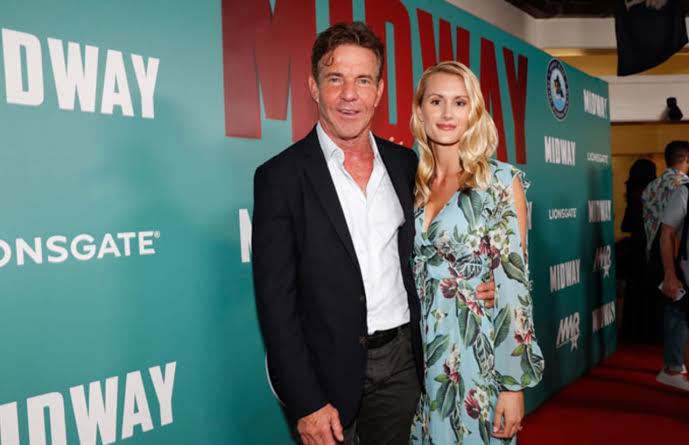 Quaid, in a recent interview, revealed that he and Laura have been dating since “this summer”. Talking about his proposal to Laura, he shared that the proposal was a surprise for his 26-year-old girlfriend. Describing the proposal, Quaid said that unaware of the forthcoming, Laura was taking a selfie of her and her boyfriend when suddenly Quaid put a ring in front of his lady love asked, ‘Will you marry me?’